The work of Brazilian architect Oscar Niemeyer is currently being featured by the city of Rio de Janeiro. Throughout the month of January, mock-ups and engravings signed by the architect can be seen in Barra da Tijuca, in the city’s West Side. There, visitors can discover the history of Brazilian architecture and see some of Niemeyer's most famous work. The RioCVB created the exhibition to celebrate Niemeyer's legacy and showcase Brazil's landmark buildings.

Niemeyer was one of the greatest architects in Brazil's history, and one of the greats of the global modernist movement. After his death in 2012, Niemeyer left the world more than five hundred works scattered throughout the Americas, Africa, and Europe. His works, with peculiar traits and genius forms, create strangeness and attract attention, and end up becoming tourist attractions. Cariocas and tourists who walk through the streets of Rio and Niterói, in the city’s metro area, bump into this legacy daily. A few works in the exhibition include: Sambódromo, Contemporary Art Museum (MAC), and Casa das Canoas.

Sambódromo opened in 1984, the stage of the samba school parade in Rio de Janeiro, which was also a venue for the 2016 Olympic Games and hosts concerts, is the architect’s work. The highlight is the Praça da Apoteose, with its large arch. The Contemporary Art Museum (MAC) is a symbol of the city of Niterói, 13 kilometers from Rio de Janeiro, in its metro area. The futuristic shape created by Niemeyer became an architectural landmark and is considered one of the seven museum wonders. Casa das Canoas was designed by Oscar Niemeyer in 1951 for him to live in, it is considered one of the most significant examples of modern Brazilian architecture, and is notoriously acknowledged by history and art critics experts as an accurate and premonitory synthesis of the modern architecture of free authoring that flourished in Europe and the Americas.

The exhibition in Barra da Tijuca will be open until January 31st. 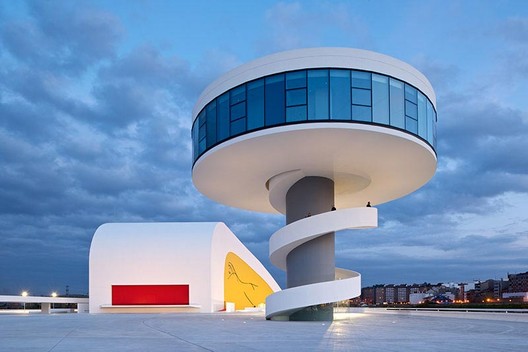