The Niterói Contemporary Art Museum, also know as the MAC, was designed by the famed Brazilian architect Oscar Niemeyer and completed in 1996. This iconic saucer-shaped structure, situated on a cliffside above Guanabara bay in the city of Niterói, brilliantly frames the panoramic views of the city of Rio De Janeiro and encapsulates the simple, yet brilliant signature aesthetic of Niemeyer. 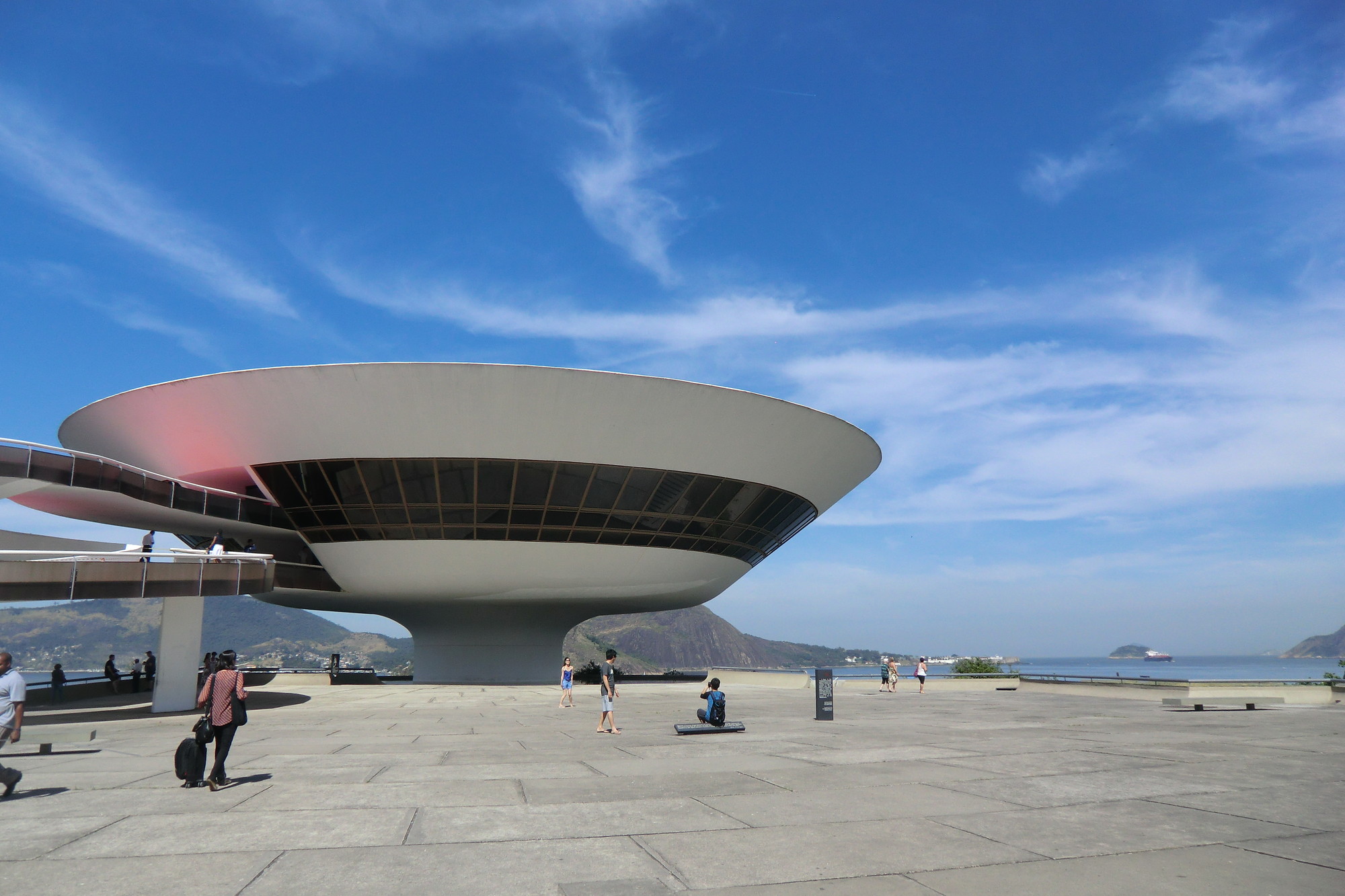 Speaking of the MAC's rocky cliffside site, Niemeyer claimed that the "field was narrow, surrounded by the sea and the solution came naturally.” This “natural,” intuitive solution was an elegant, curvy structure that rises from a water basin, creating an ambient sense of lightness and allowing for full panoramic views of Sugar-Loaf Mountain and the Guanabara bay. Although the MAC is often described as UFO-like, Niemeyer’s poetic intention was for the form to emerge "from the ground" and "continuously grow and spread," like a flower that rises from the rocks.

The MAC’s unmistakable iconic form transformed “the city across the way” into a landmark destination and resulted in a small-scale “Bilbao Effect,” drawing visitors predominantly for the remarkable architecture.

Throughout his seventy year long career as an architect, Niemeyer designed over 500 projects in Brazil (including the capital city Brasília) as well as in Algeria, France, Spain and Israel; however, he claimed that his museum in Niterói, along with the Congress and Cathedral of Brasília, was one of his favourite projects.

Just for fun: check out the intro to the film Oscar Niemeyer, An Architect Committed To His Century, where Niemeyer is seen flying over Rio de Janeiro in a MAC-UFO. 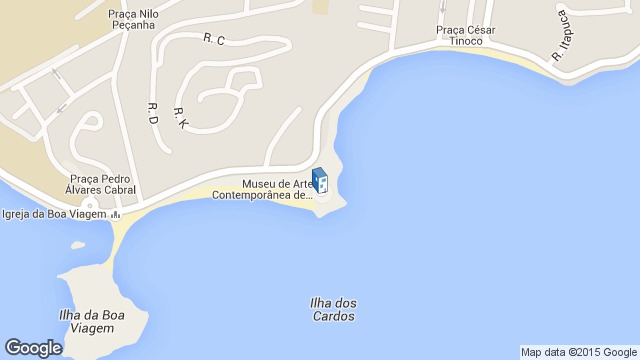