Dutch practice MVRDV has won the competition to design the new Vanke headquarters building in Shenzhen. Designed for the major Chinese real estate developer, the 250 meter tall project is a cluster of eight interlinked blocks of offices, housing and culture. The concept was grounded in MVRDV's research into the three-dimensional city. Aiming to rethink the next generation of skyscrapers, the tower rises from four separate bases to a single crowning tower. 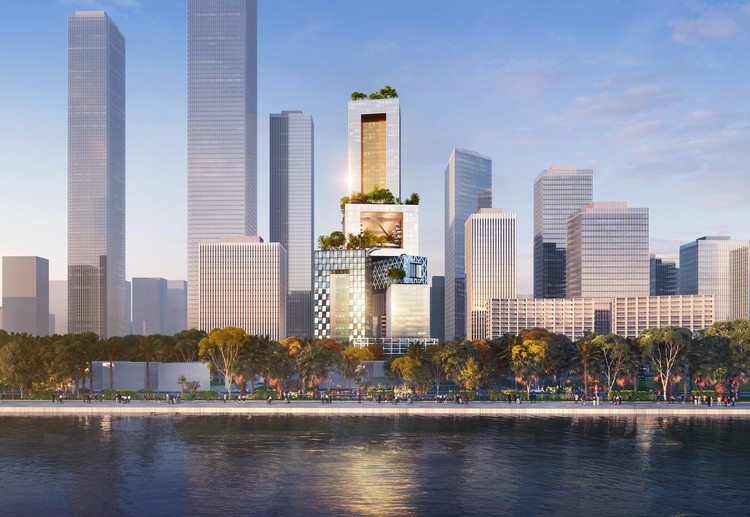 Dubbed Vanke 3D City by MVRDV, the headquarters will provide office space for the real estate company and form a vibrant mixed-use city block of offices, retail space, a restaurant, a hotel, and outdoor spaces. The concept of the three-dimensional city is one that developed from two parallel research threads: the Vertical Village project of 2009 and the evolution of skyscraper design. With a total of 167,000 square meters of floor space, the project features a range of facade treatments and interior openings that puncture the entire depth of the block, creating ‘windows to the world’ that house atriums, parks, and plazas. In addition to the many green roofs formed by the tower’s cluster shape, the green park at the tower’s base aligns with Shenzhen’s ‘sponge city’ program to encourage porous landscapes that prevent flooding and reduce the city’s impact on ecosystems.

“Vanke 3D City can be seen as a new type of skyscraper. By stacking the required programmatic entities, initially proposed for two separate plots, on top of each other, the two individual Vanke Group Headquarter buildings are turned into a Vanke City”, says Winy Maas, principal and co-founder of MVRDV. Maas adds: “By opening the buildings, a series of giant collective halls are created with a view over the bay and to the world. The plazas, gardens, and halls are connected by a series of stairs and elevators, linking the many blocks into a continuous urban fabric high off the ground—a true three-dimensional city.”

Preparation work on the site is already underway, with construction for Vanke 3D City expected to begin in the summer of 2019. 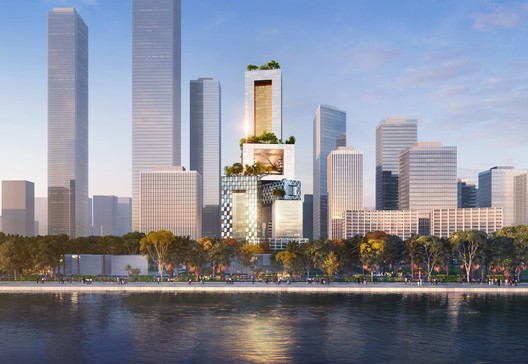