The Zaha Hadid Virtual Reality Group has concluded the design phase of Project Correl, a collaborative experiment to test the potential of virtual reality as a tool for design. The results of the experiment are currently on display in the University Contemporary Art Museum (MUAC) in Mexico City, where it forms part of Zaha Hadid Architects’ “Design As Second Nature” exhibition.

Having launched at the end of 2018, Project Correl used VR headsets and apparatus to transport visitors to a virtual environment to collaborate with each other on an ever-evolving structure. The design was periodically captured and exhibited in the gallery as scaled 3D printed models to further demonstrate the design process encouraged by Correl. The final resulting model is now on display as part of the Design As Second Nature Exhibition. 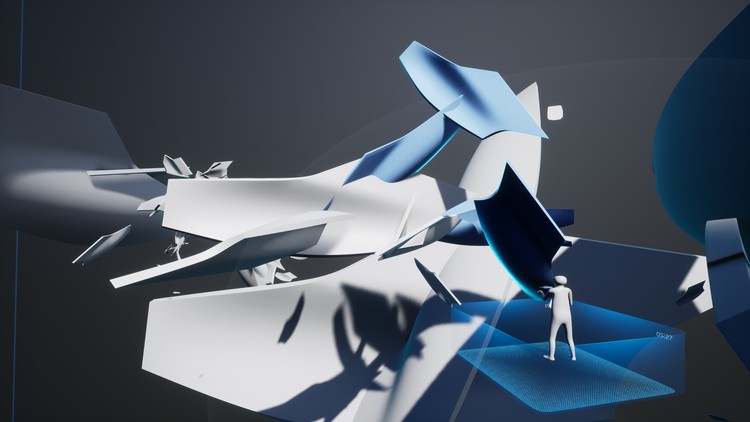 Presented as a “real-time VR experience demonstrating the remarkable possibilities immersive technologies will offer architects to collaborate and design in augmented reality,” visitors to the exhibition built a virtual structure over a number of months. Up to three participants at a time moved freely in digital space to select, scale, and place components from a dynamic set of tools. Although the principles guiding the placement of the components were guided by ZHA, visitors had complete freedom of scale and position of placement.

To maintain a degree of order, individual components not connected with others were eliminated from the VR space, with the number of connected components dictating how long they survived in the evolving structure. Any component, or cluster of components, connected directly to the primary structure remained as permanent elements. As the project grew, 3D-printed models were exhibited alongside the project, demonstrating the evolution of the structure from continued public input.

The “Design As Second Nature” exhibition is open at MUAC Mexico until 3rd March 2019, where it showcases the studio’s 40 years of experimentation in design, construction, material innovations. The exhibition also contains a knitted-concrete pavilion designed by ZHA in collaboration with ETH Zurich.

Editor Update: This article was originally published on 12th December 2018, and has been republished on 26th February 2019 to reflect the completion of the project. 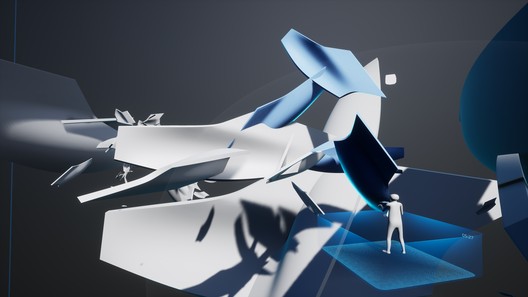