Save
4 Houses in Graça / Lioz Arquitetura 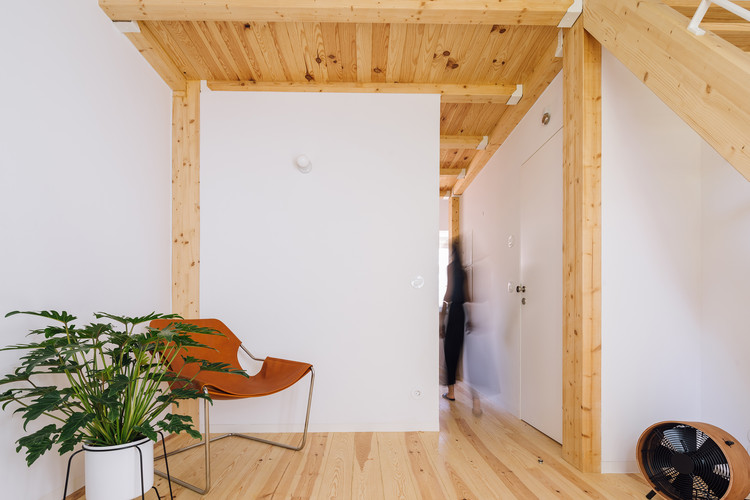 The smaller scale apartments indicate that all the constituent elements of the original typology were considered as the minimum essential to inhabit. The relevance of the kitchen space, becomes perceptible, through the presence and position of the chimney; the absence of sanitary facilities as autonomous rooms, adapted over time in the balconies and kitchens; the importance of modesty and privacy demarcated by the doors that separated rooms; the confirmation of the interior room without direct sunlight; the living room as a social area, facing the front of the building. When we analyze these items in comparison with what characterizes the contemporary dwelling, we perceive the relevance of the intervention.

Given the need to reorganize the typology and knowing that the largest room in the house was the central bedroom, it became clear that all the interior walls, as well as the entire floor structure supported by masonry, would be demolished. Nevertheless, with the maintenance of the access stairs to the first floor and the refurbishment of the roof (together with the neighboring building), we decided to keep the division in four apartments, respecting all the original elevations and the relation with its surroundings.

In order to guarantee the best use of the eastern/west light and cross ventilation, we concentrated all the hydraulic infrastructures of the apartment - kitchen and sanitary installation - in a technical core in the center of the typology, dividing the space into two free areas. The circulation between these is fluid, without doors or corridors. The same solution is repeated on the first floor, where the void of the roof is converted into a mezzanine just above the technical core. To mark the intervention, we structured the apartments through a system of columns and beams in laminated wood, perpendicular to the direction of the original beams, keeping them autonomous of the facades.

The metric of the structure defines the position and geometry of the core and the mezzanine. Intervening in built heritage also implies establishing a dialogue between two different eras, regarding the way of inhabiting. In refurbishment jobs, we consider as a relevant aspect to understand and appreciate the genesis of the built structure in its socio-economic context, as well as the cultural transformations that define new ways of living in the contemporary city, enhancing the permanence and relevance of the intervention.