Andres Gallardo’s photo series “Urban Geometries” continues, this time the self-taught photographer chose to capture the architecture of Milan. The series focuses on the architectural contours of contemporary structures, varying in both age and function while highlighting the materiality of the façades, architectural, industrial details of each building.

Gallardo’s Milan series features the work of Zaha Hadid Architects and Grafton Architects. Other images in the series include elements of the city that often go unnoticed, such as a series of colorful recycling receptacles. 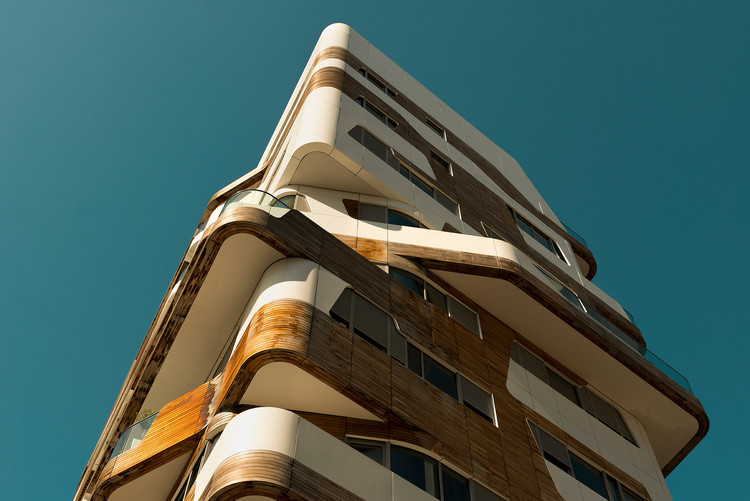 Architecturally, Gallardo captures Zaha Hadid’s signature fluid lines in the firm’s design for Citylife Milano, a housing complex of seven buildings. The buildings’ organic facades are a balance of white and wood finishes that accentuate the serpentine balconies and uniquely shaped windows.

In contrast, the photographer also includes an image of traditional urban Italian residences in this series. With its linear geometries, the strong horizontals and equally proportion rectangular balconies break the facade into uniform components, emphasizing the overall variation in Milan’s architectural typologies.