Triptyque, Duncan Lewis, PARC Architectes, and OXO Architects reveal a design for Europe's largest wooden construction in Arcueil, France. Called Ecotone, the project is sited in the Coteau Area of southern Paris as a multi-use space set to link city and landscape. The design takes the form of two hybrid hills with trees and a large staircase containing several terraces and patios. Ecotone aims to rethink the future of sustainable cities and timber construction. 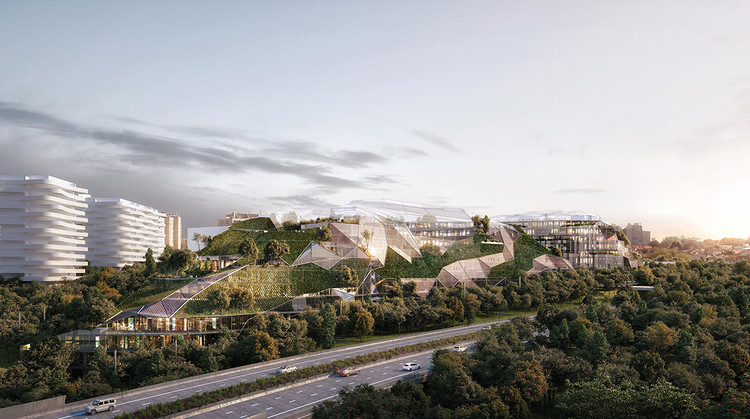 Inspired by biomimicry, the project will include walls that open and close depending on the weather, a thin roof that breathes, and wells that regulate the temperature. At 82,000 square meters, Ecotone will serve as work space and housing for up to 5000 occupants. The project combines offices, hotel, restaurants, shops and a sports hall. It's name is derived from the transition zone between two ecosystems, called an "ecotone" in biology. This central concept aims to build a new interface between urban development and nature.

The site benefits from metropolitan accessibility to transportation and amenities, as well drawing connections to health and digital economy clusters nearby.​ The architecture is inspired by nature, from the bird's nest to the hive of bees. As the four firms have stated, "Nature knows better than man how to design its habitat by ensuring structural qualities, thermal and exceptional uses." Ecotone will be the biggest wood construction in Europe. and at the time of the global ecological crisis, Ecotone aims to become a symbol of Paris and its commitment to tackling climate change. 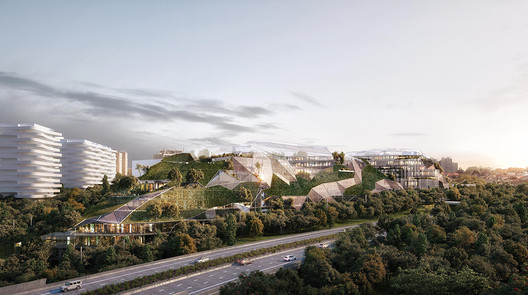