According to architect and academic Frank Locker, in architectural education, we keep repeating the same formula from the 20th-century: teachers transmitting a rigid and basic knowledge that gives students, no matter their motivation, interests, or abilities, little to no direction. In this way, says Locker, we are replicating, literally, prisons, with no room for an integral, flexible, and versatile education.

"What do you think of when you're in a space with closed doors and a hallway where you can't enter without permission or a bell that tells you when you can enter and leave?" asks Locker. 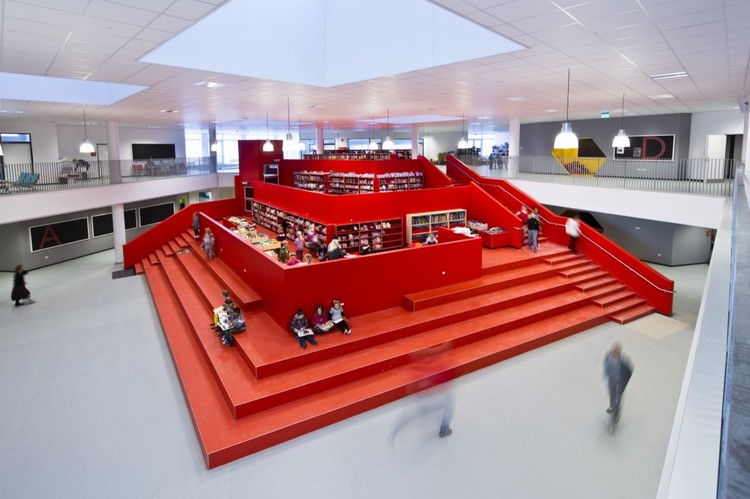 The fact that global educational models are being questioned and put in various forms of transformation (or crisis) is nothing new. We've seen it since the French Revolution and the fall of the Ecclesiastical monopoly on education during the Old Regime.

Transformations in education happen slowly and with time. Curiously, they're typically ignited by those who grew up in now-defunct educational systems and their results will be seen by generations not even in existence. No matter the system, be it positive or negative, architecture tends to reflect upon rather than rebel against. Architecture is, after all, the visions of the state and other private entities made real beyond the allowed margins of spatial creativity.

So, in the era of information (a more accurate description than the era of knowledge), citizens are demanding changes in their educational models to better fit their societies and distinct idiosyncrasies. In our case, Columbia's GSAPP, directed by Mark Wigley, was inspired by education that would address the future questions of architecture. While studying architecture in Latin America is still a route to social mobility, in many developing parts of Africa and Asia, new architects are forced to deal with the lack of basic needs, like infrastructure and services.

School as a Prison and Fear of the Teacher

Locker was in Colombia assessing the Department of Education in Bogotá and advising architects and construction companies about a new model of study with the ability to address society's current social and cultural changes. With decided conviction and vast experience in architectural education, Locker says that we are limiting ourselves by continuing to use the "prison" model and by falling back on the old 20th-century formula of teachers passing on rigid and uninspiring knowledge to students with no concern for their different interests or abilities.

The American architect said in a recent interview with the Colombian newspaper El Tiempo that his interest in educational architecture began when he received assignments that were a far cry from the traditional school building: what he calls the "prison model." When asked why today's schools were designed like prisons, Locker responds:

In the US, many of the same people who designed prisons also designed schools. What comes to mind when you see a long hall of closed doors, that you can't be in without permission, and a bell that tells you when to come in, when to leave, when class starts, when it ends? What does that look like to you?

The spatial design and the time that children spend in this type of environment is reflected in the classrooms. In another interview with Colombian news outlet, Semana, Locker states that "in some cultures, it is expected that students fear the teacher, and school layouts reflect this educational philosophy." Looking back on our own school days, the layout of the desks, the unrefutable authority and knowledge of the teacher, it is easy to see Locker's point.

Nevertheless, this is the 21st century, the informational age, and teachers are no longer the guardians of the knowledge gateway. With the new generations growing up with near limitless access to the internet, teachers must take on the role of a guide rather than a gatekeeper, helping students along their educational journey rather than dragging them kicking and screaming. Of course, this shift in the educational paradigm has physical repercussions as well:

These rectangular, closed off classrooms suit the old educational paradigm and serve little to stimulate and nurture knowledge. Furthermore, they are teacher-centered rather than student-centered and don't give students the necessary skills to navigate and flourish in the world of today.

Locker states that schools should foster a feeling of community, where "students have the necessary space and tools to meet in groups of all sizes and participate in active learning," and where "students are no longer anonymous and avoid problems with coexistance. These places are where the director and the teachers really get to know their students." The classrooms are circular and have everything needed to encourage active learning, from furniture that promotes collaboration among the pupils, to readily available electronic devices, to laboratories for projects.

Journalist and historian Anatxu Zabalbeascoa along with Catalonia political scientist Judit Carrera, point to Finland and its 40 years of trial and error as an example of architecture's impact on educational reform.

Zabalbeascoa states that "the best learning spaces are those that have been designed with everyone in mind, that establish a relationship between the space and the outside world, and that is flexible and can be reinvented." Carrera points out that the Finnish "treat schools as simultaneously urban, educational, and political spaces. As such, schools should inspire a feeling of home. For Finnish architects, building a center for learning is a matter of pride and prestige," and even more so when it means educating future architects.

Nevertheless, Finland's success isn't a one size fits all solution. It's not a franchise to be replicated nor a prescription to be taken around the world, no matter how tempting it may seem to do so. Much like a lesson in architecture...it's all about context. Yes, social, economic, spatial, geographic, and perceptual context. For example, you cannot understand the success of the Finnish model without looking at the fierce cultural pressure faced by the Finns after gaining their independence from Russia in 1917, not to mention the years of economic hardship throughout the 50s while its European neighbors rebuilt themselves through industrialization, consumerism, and the progressive urbanization of society.

"In 1970, we had little education. We were a poor agricultural nation that needed education to develop our country's prosperity and security," recalls Pasi Sahlberg, a Finnish specialist in educational policy, in a recent interview with a Chilean journalist about the historical context of reforms that changed Finland some 40 years ago.

As much as the press wants to present Locker's ideas and the Finnish method as "the education of the future," in reality the need to reform the current educational paradigm is a contemporary issue. To paraphrase Mark Wigley, perhaps we are giving the correct answers to poorly asked questions. So, before thinking about how to design future (current) spaces of educational architecture, it's important to ask ourselves, "what and how do we want to teach exactly?"

This article was originally published on November 18, 2018. 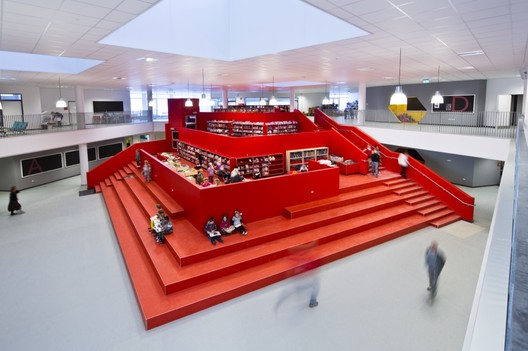