Foster + Partners has been chosen to design the new HQ for JP Morgan Chase on Park Avenue, New York City. The new global headquarters, situated on 270 Park Avenue, follows on from previous corporate headquarters designed by the firm, including the 2018 Stirling Prize-winning Bloomberg HQ, and the Apple Campus 2 in California.

The new scheme will replace the existing Manhattan premises of the US investment bank and is expected to total 2.5 million square feet. The headquarters will house around 15,000 employees across 70 levels, replacing the original 52-story scheme designed by Skidmore Owings and Merrill in the 1960s.

We are delighted to have been selected by JP Morgan Chase to design their new headquarters on Park Avenue. The building design is set to respond to its historic location as well as the heritage of JP Morgan, and we look forward to working with them to realize their vision for a new global headquarters for the company.
-Norman Foster, Founder and Executive Chairman, Foster + Partners

Last month, Foster + Partners were awarded the 2018 RIBA Stirling Prize for the Bloomberg European Headquarters. In April 2017, the Foster-designed Apple Park was opened, manifesting as a spaceship-like complex in Cupertino, California.

The firm’s previous work in New York City includes the Hearst Tower, described as “the first green high rise office building to be completed in New York City” in 2006, and the ongoing high-rise development at 50 Hudson Yards, rising 985 feet (300 meters). 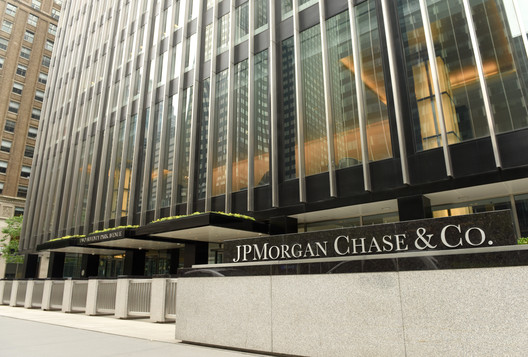