Save
The Ruins of Tijuana's Housing Crisis
Share
Or
Copy 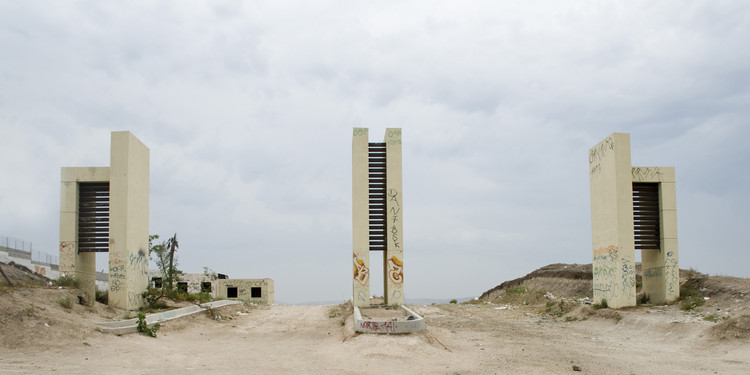 Tijuana is one of the most populated cities in Mexico. In 2000, the construction of collective housing boomed. This phenomenon completely transformed the limits of the city; the periphery exhibited a new appearance: a modernized future, new urban schemes, and a new lifestyle.

Only a decade later, 2,000 new homes were registered that resulted in a territorial phenomenon: the crash of the housing market. With this in mind in 2013, Mexican photographer Mónica Arreola created a series entitled 'Social Disinterest.' In the series, Arreola juxtaposes the passage of time and the architectural object in a future, detained with obsolete urban models, incomplete serial housing, and a silent imaginary.

This photographic essay proposes a critical reflection based on the concepts imposed by real estate speculation in Mexico. Arreola captures the aftermath of Tijuana's housing crisis.

Given its regional border condition, Tijuana is home to a considerable number of migrants or deportees, people who are passing through and lack a formal home. These spaces are being occupied by people who do not have the economic resources to rent a place to stay. In the best of cases, the new inhabitants rehabilitate and bring a new life to these previously abandoned spaces.
- Mónica Arreola

Arreola's academic training in architecture has led to her work and research in housing in Mexico. This questioning has influenced her artistic process with topics related to how people occupy space. For some years now, her work has focused on housing in Tijuana, where she has actively criticized the lack of affordable housing in the city.

Arreola's search has led her to the photographic genre of the landscape, an aesthetic strategy in which she documents abandoned housing complexes, ghostly images, ruins of urbanism in the first decades of the 21st century, which populate not only Latin American cities (just remember the urban catastrophes in Florida due to the housing bubble in recent years, or the havoc in cities like New Orleans or Detroit). The new ruins reveal the rawness of savage capitalism, the machinery of transformation in a territory of non-places where the absence of inhabitants reveals the collusion between politics and the real estate market.
- Abril Castro (Text from the Fault Metaphors exhibition ) 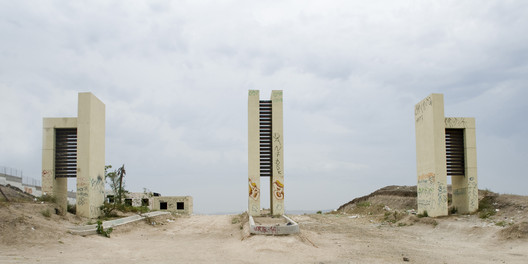