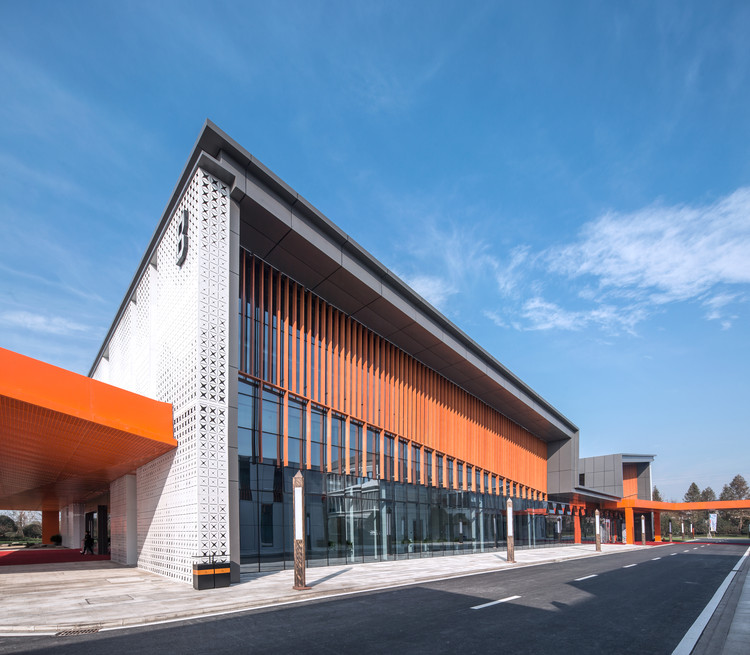 The old Industrial Remain, the Reborn Liangzhu
Mengxi Town is the hometown of Shen Kuo and the first industrial design town in China, of which the name is homophonic with Mengxi (One of Shen Kuo's masterpieces' title). Every year, more than 500 design elites from more than 30 countries around the world will gather here. Architects of Zoyo are trying to find design basis from the historical relics of Liangzhu culture with thousand-year history and design means based on industry in order to create a special interval between the new and old in space, and the past and the future in time.

Initial Impression: The Cognition and Reorganization of Memory in Old Factory Buildings
The construction machinery factory block was originally an abandoned industrial area with five original plants, which were randomly scattered and were disorganized in spatial relationship. The supported beams and columns have decayed and mottled because of age, and the floor boards have also shrunk and ex-panded under the multiple natural effects of moisture and exposure under sunshine. Therefore, how to properly preserve the remaining building elements and balance the demand for buildings of the use re-quired by the scene is the key point for designers to consider.

Remains: Assumption and Creation of Industrial Reconstruction Means
According to the original building layout, the design plan determined the overall layout of the design through combining the characteristics of land with road direction. 1 to 5# building was rebuilt and 6 – 8# was newly built. And the No. 8 building was speard out in sequence along the central road of the park and became an integrated architect by two outdoor corridors.

The designer rebuilt the 1 # building in the former address after tearing it down, and this building mainly bears the functional requirements of exhibition hall and substation, control and monitoring room as well. The same method was used for the 5# building, as an important place where the report hall is located, it owns a series of practical places such as exhibition halls and coffee bars that may be used for visiting and leisure.

Building # 2 was dismantled into two, half was maintained as the original building and the other half would be rebuilt after being pull down with standpillars left. In order to ensure the safety of the building, the stand-pillars and beams of the building were secondarily reinforced. In this way can open space be created to meet the basic needs of exhibition halls, water pump rooms and so on.

Building #6 - 8 was a newly-built concrete steel structure building, which was distributed from south to north on the east side of the plot and undertook the functions of office, meeting and exhibition hall of the town.

Realizing: Integration and Expression of Pioneer Industrial Attributes
Facing the construction machinery rebuilding project, the designer does not deal with the old as before, but chooses to solve the practical needs of the world industrial conference site by means of industrial design. Everyone's first impression about here must be related to industry. Qualitive skin and texture, bright color shocks and modern facade expression ... as the permanent venue of the World Industrial Design Confer-ence, all the elements complement each other with the practical function and the original design intent.

1. Industrial Seal, Cultural Memory
The project grew out of the old factory building of the construction machinery factory, and the roof truss and gantry crane with the mark of the factory are retained as symbols of cultural memory. It takes industrial cul-ture and courtyard enjoyment into account. A hydrophilic platform is set up around the gantry crane, and space and platform can also be provided here for the town to hold various modern activities such as salons and press conferences. The truss is not only the background, but also the stage, and it is also the history of construction machinery factory standing in the site.

2. Industrial Attributes, Color Shock
The visual shock of orange and pure white can be seen everywhere in the construction machinery factory project, echoing the original color of the gantry crane. As for the newly-built exterior wall, its surface is made of high strength anti-corrosion steel, which conforms to the history with its rust texture. The facade of large office building is paved with aluminum alloy perforated plate sunshade louvers, the modern light hole makes the facade enjoy rich changes in different periods of sunshine.

3. Industrial Design, Communication Link
As the permanent venue of the World Design Congress, the project is an important international exchange platform for industrial design. Through the design of the corridor that runs through the whole area, it implies the integration of industrial design and the link of international exchange to guide the flow of people. And the bright orange lines echo the large-area facade elements of the park, which being vitality into the whole park.

Reborn: Echo and Connection between New and Old Factory Buildings
Different from the remains of the industrial attributes demanded by the original factory building, the design of new factory building pays more attention to the expression of form and meaning. Jade Cong, a typical artifact derived from Liangzhu culture makes use of its horizontal lines and turning relationship. Deconstruct-ing and rebuilding the facade to play a different role in shading the sun. At the same time, the color glaze glass with varying thickness is used to create the gloss change of the building facade, to show the delicate texture as jade of the building, and to show the ancient cultural history of Liangzhu.

The light bands with rich industrial textures create a rhythmic facade for the corridors and aisles inside the building. The interior wall of the exhibition hall is made of the wooden skin and the glass wall in turn, which not only completes the unexpected modeling with conventional materials, but also introduces the maximum degree of natural light into the room. Industrialized reinforced concrete has been added to form the architec-tural trace of the sense of age, orange aluminum mesh ceiling shows the conflict of modern sense, and glass elements are collaged to form a space form linking ancient and modern times. The integration of in-dustrial works makes the interior of the building more dramatic and presents a shock of industry on modern life.

Events: Efficiency and Quality of Zhonglian Speed
The reconstruction and expansion project of the construction machinery factory block is a general contract-ing project of CUC · Zoyo architectural design. The whole project started design in March and was complet-ed by the end of November, which takes only 200 days. This project adopts modular design to effectively control the cost and duration. The whole process adopts three-dimensional construction, and the design and construction are advanced simultaneously.

Expectation: The Reborn Liangzhu Connects Global Industrial Culture
The World Industrial Design Conference pushed Liangzhu, a cultural treasure for thousands of years to the front of the world again. Architects of Zoyo believe that architecture not only provides an environment for human activities, but also respects history, region, culture, economy and aesthetics. It's history, it's the future, it's Liangzhu, it's the world. 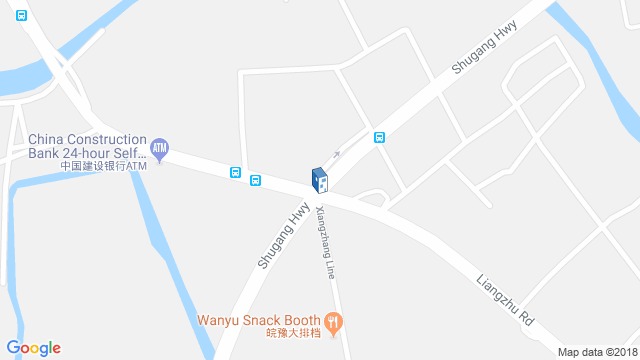 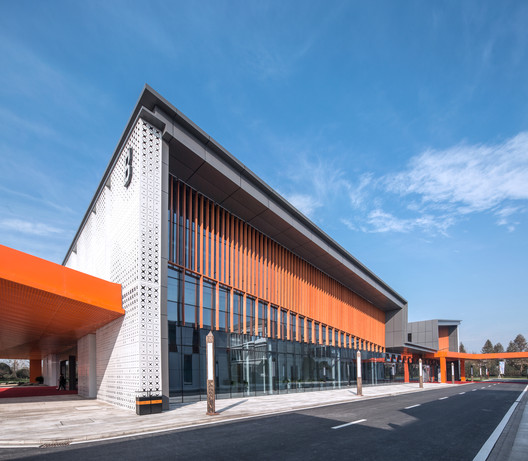