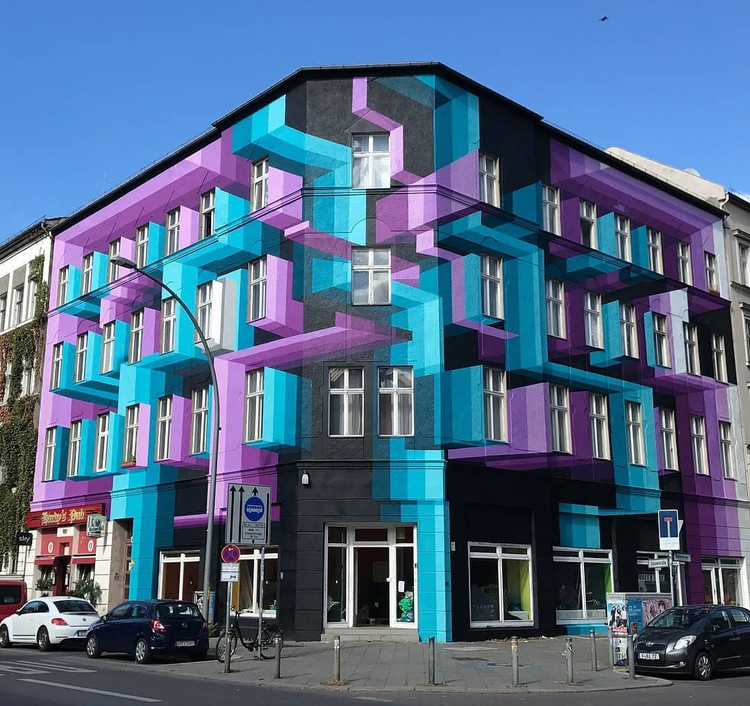 "Whether he is painting a graffiti piece, working in his multi-disciplinary graphic design studio, or creating a large mural project, Louf continuously aims to blend his love for typography, fascination with abstraction, and free spirit of graffiti culture. These results are regularly applied to the most unusual and unexpected urban structures. Challenged by the existing architectural elements and obstacles, Louf likes to construct creations that will interact with their environment. He uses a laser liner to sketch up the main directional lines. Then he paints his abstract designs in an almost organic way, typically filling the entire side of whatever structure he is working on."

Future projects for June include work in Amsterdam, Aruba, and China, as well as prepping studio pieces for a solo show during Art Basel week. Find out more about Mr. June and his geometric interventions on his website and Instagram. 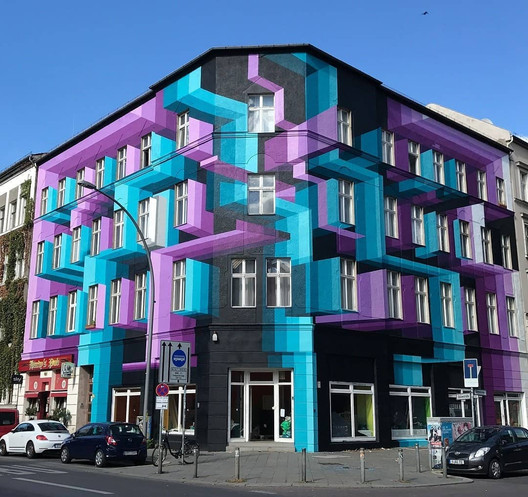