Save
Architecture: the Unsung Hero of Your Favorite Film
Share
Or
Copy

Villeneuve’s sequel to the original 1982 neo-noir sci-fi classic transforms Ridley Scott’s eerie vision of future Los Angeles into an even more dire, environmentally-ravaged megalopolis. As the movie journeys across desolate landscapes and unfamiliar, crowded cityscapes, closer inspection renders Villeneuve’s vision perhaps not entirely implausible. From nods to brutalist and modernist-style architecture, to the marriage of Eastern and Western-style iconography, Villeneuve’s richly layered landscape imbues the fictitious narrative with an underlying sense of familiarity. In an increasingly globalizing world, who’s to say future cities won’t evolve to be as aesthetically varied and physically sprawling?

Nolan’s twisted and psychologically thrilling Dark Knight trilogy was a turning point for the standard superhero movie, which tends to rely on action-packed tropes and special effects in place of rich dialogue or nuanced character development. Nolan’s decision to set the fictitious Gotham City against the backdrop of Chicago rather than some speculative, futurist dimension only lent the series further emotional depth and believability. It is through the visually varied backdrop of Chicago’s modernist skyscrapers, Art Deco structures and brutalist buildings that the drama and action unfolds. Chase scenes and covert operations even pan out across the city’s subterranean depths, from sewers to multi-layered highways and underground tunnels. As Nolan investigates the iconic dynamic between Batman and the Joker, Chicago unfolds dizzyingly across vertical and horizontal planes, heightening the stakes and complexity of the conflict.

Coogler’s blockbuster superhero hit Black Panther primarily takes place in the fictional East African nation of Wakanda. Unlike most superhero movies, which stage action sequences against the backdrop of glittering towers and compact, urban environments, Wakanda reflects a culturally rich and environmentally-aware built environment. Urban density ranges from high-rises to mid-rises and more human-scale architecture, with Wakandans primarily navigating the city by foot or public transportation--an urbanist planner’s ultimate dream. Ample greenery is incorporated throughout as well, and a fusion of traditional African building styles, such as thatched roofs, alongside more contemporary building typologies lend the city a tactile, aesthetic richness. Production designer Hannah Beachler has cited Zaha Hadid (and Buckingham Palace) as inspirations behind the sinuous and voluptuous forms that breath life into this afrofuturist cityscape.

Coppola’s critically acclaimed Lost in Translation interprets Tokyo’s overwhelming urban schema through the gaze of two visiting, American foreigners. As a result, Coppola’s version of the megalopolis and its inhabitants, perhaps unsurprisingly, is both alienating and alluring; visually overwhelming and hypermodern yet nostalgic. As a cacophony of visual and cultural contradictions unfold across this urban landscape, the interpersonal complexities of Coppola’s two protagonists reveal themselves as well. It is against this exoticized urban backdrop that the director explores intimacy in its most unnerving and ungarnished forms, leading viewers to question what becomes of the people--and places--we leave behind.

Kogonada’s directorial debut posits the sleepy town of Columbus, Indiana as a central character that infuses each scene with emotionally-informed visual cues. The film navigates the strained relationships that exist between a son and his ailing father, an architectural historian, and a burgeoning architecture aficionado and her mother, who is a recovering addict. As the tensions and frustrations unfold between these fraught parent-child relationships, the two protagonists find solace in one another and in the stoic silence of their modernist surroundings. Columbus may be an unexpected location for a mid-century modernist mecca, but the humble and honest structures designed by the Saarinens, I.M. Pei, Robert Venturi, Cesar Pelli, Richard Meier and more that pervade throughout the midwestern city lend Columbus as quiet might--a fitting backdrop for a story about the intimate processes of personal loss, rebirth and human connection. 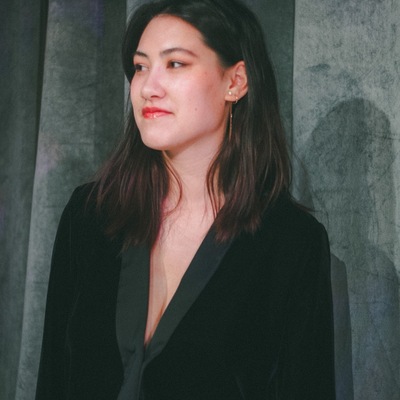