Chilean architect Alejandro Aravena and founder of ELEMENTAL has been named the 2018 laureate of Royal Institute of British Architect's (RIBA) Charles Jencks Award. The prize is given in recognition of an individual's exceptional contributions to the field of architecture, both in built and theoretical works. Aravena will receive the prize and give a lecture at RIBA's London headquarters on 15 October. 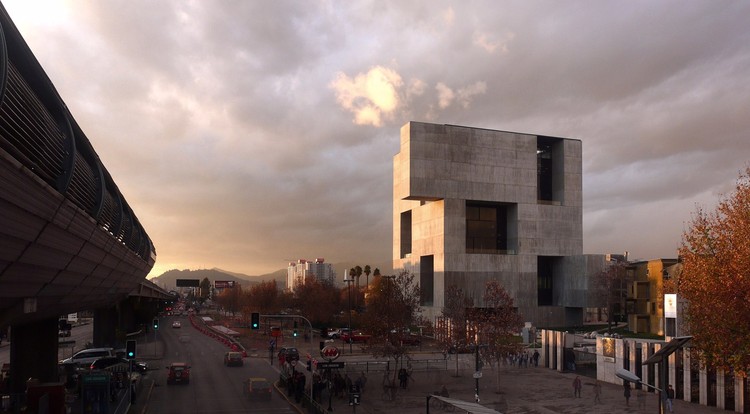 "Aravena’s work covers a great deal of ground, from production of a respectable body of published work via bespoke projects for traditional patrons such as universities, as well as an approach to incremental housing which can grow with the occupying family (or families)," explained RIBA Director of Education, David Gloster. "Working creatively across polarities of architectural expression and interest means that his work is unpredictable, diverse, and unafraid to explore the unfamiliar."

Born in Santiago de Chile, Alejandro Aravena graduated from the Universidad Católica de Chile in 1992. While teaching at Harvard University between 2000 and 2005, he met engineer Andres Iacobelli, with whom he founded ELEMENTAL on the premise to develop social housing in Chile. From 2010 to 2015, he was a Pritzker Prize Jury member, after which he was selected as the Pritzker Prize Laureate in 2016.

Aravena gained worldwide recognition following his curation of the Venice Biennale in 2016, on the theme "Reporting from the Front." His curation of the exhibition marked a sharp turn from the typically inward-looking industry event, instead investigating in myriad ways how architecture is deployed in new fields of action - i.e., how architecture can be used to address housing shortages, migration, urban slums, waste and natural disasters among others.

The RIBA Charles Jencks Lecture will be held 15 October at 6:30 at the Royal Institute of British Architects, 66 Portland Place, London. Tickets are available to the public for purchase.