The Royal Institute of British Architects (RIBA) has announced Níall McLaughlin, founder of Níall McLaughlin Architects, as winner of the 2016 RIBA Charles Jencks Award. The award is given annually to an outstanding architect or practice "that has recently made a major contribution internationally to both the theory and practice of architecture."

“Niall McLaughlin is a great inspiration for architects today, especially the young, because of his masterful skill in drawing from all traditions – classicism, modernism, postmodernism,” said jury member and award namesake Charles Jencks. “All the “isms” are under his belt, not on his back, and he extends them all through the commitment to architecture as an art and professional practice.”

“Niall’s body of work exemplifies the spirit of this award, which recognises the ability to seamlessly and in this case, beautifully, build theory into one’s practice,” said RIBA President Jane Duncan. “I am in awe of the materiality and the craftsmanship, of the dedication, the collaborative relationships and the contextual sensitivity with which Niall’s buildings are created, all of which make him a most-deserving winner of the 2016 RIBA Charles Jencks Award.”

“I am honoured to receive the RIBA Charles Jencks Award; particularly given its special emphasis on a simultaneous engagement with theory and practice. For me, architectural practice includes drawing, writing and building as interlinked activities. It is a continual ferrying between an engagement in the natural processes required to bring something reliable and concrete into being, and the need to clear a space for the expression of doubt, possibility and a half-glimpsed ideal. I acknowledge the distinguished list of previous winners of this award; and I am very grateful for the recognition.”

The award will be presented Tuesday 25 October at the RIBA in London, where McLaughlin will also give a public lecture chaired by Charles Jencks. 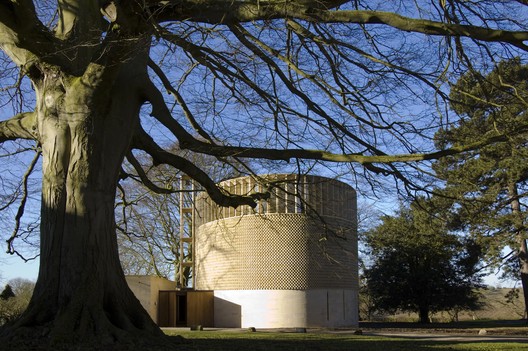