Text description provided by the architects. It is rare and commendable that a civil project could be in a terrific place of Fengxian District in Shanghai. The site on Jianghai Road, which was Fengxian Chinese Medicine Hospital before, is in the center of Nanqiao Town where Fengxian District Government is located. Therefore, the most significant challenge is the shortage of urban land.

However, high-rise tower is absolutely not the best form of senior-citizen universities. Our team designed flat level standard floors according to the unique landscape orientation of site.  We also tried to keep a row of large camphor trees that have grown on the site for decades.

As a response to this character of the site, the main building is divided into east building and west building connected by an atrium. Two corridors across the atrium ensure the circulation system to be continuous. The preserved camphor trees as well as atrium covered by aluminum perforated plates remain at variance with the elegance of east and west buildings.

The schematic design of plans includes eight flat stories with no concave-convex like form, achieving an overall steady and mild effect. The building is composed of east building and west building, connected by small internal patios every two floors as an elevator hall with cantilevered structure.

On the premise of ensuring reasonable structural module and circulation system, the rule of the plan is “large-space classrooms are surrounded by small-space ones”. Also, the rule of structure layout is “small spaces with complete outer structural frame ” as well as “large space with inner reduced columns”.

The appearance of the building is elegant Art Deco style. Arch windows of the west façade, corner chamfered balconies of the south façade, arches of the veranda, north façade, and deep window openings on both sides of the atrium, the designing of all these elements is trying to avoid Modernism which is popular but “cold”.

Elegance is always appropriate when designing architectures for senior people. The exterior façade was intended to be decorated with rough tiles, but the tiles have almost been “blacklisted” of the exterior thermal insulating surface construction.

The appearance of imitating brick is the result of nearly twenty times of natural stone coating sample testing. The atrium is constructed of steel structure and metal corrugated perforated plate.

It is the opposite side of the elegant Art Deco style, while reflecting the order of classic and balance at the same time. The only places where reveals the audacity of Modernism, are the over six meters high cantilever structures of east and west entrance. Even so, the architect still carefully pays respect to Louis Kahn by the decorations on the top of cantilevered canopy. 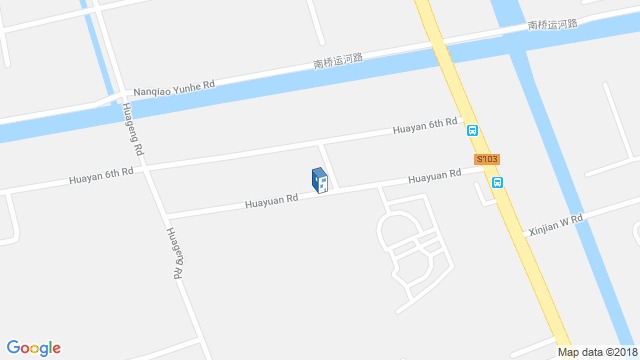 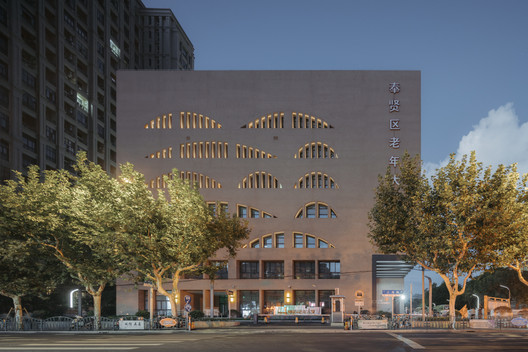