One of the most influential 20th-century architecture schools, the Bauhaus experienced its glory days in the city of Dessau between 1925 and 1932. Under the direction of Walter Gropius, Hannes Meyer, and Ludwig Mies van der Rohe, the emblematic educational complex was a place for work and housing for some of the most renowned personalities of architecture, design, and art of the last century.

Although the school in Dessau operated for a limited time with few people having the opportunity to experience the prolific environment, it left a deep impact on the architectural production that followed. The buildings that are part of the complex - both in Dessau and Weimar - were added to the UNESCO World Heritage List in 1996 and are now open for visitation.

In an attempt to bring the public even closer to the daily life of those who inhabited the German school, the Bauhaus Dessau has made the Prellerhaus, the faculty residence building, available for stay. Built in 1926, one year after the main building, the faculty residence block was named after the painter Friedrich Preller and has 28 studios of 20 square meters, in which names such as Gertrud Arndt, Marianne Brandt, Gunta Stölzl, Anni Albers, Josef Albers, Erich Consemüller, Herbert Bayer, Franz Ehrlich, Walter Peterhans, Hannes Meyer, Joost Schmidt, and Marcel Breuer have occupied.

The building was restored in 2006 and the studios were returned to their original state. Each unit has a small kitchen and a washbasin available for use; the showers are shared by floor, "keeping the style of the Bauhaus era."

Accommodation prices vary depending on the studio and number of occupancy days. For more information on scheduling your stay at the most influential design and architecture school of the 20th century, visit the Bauhaus Dessau page. 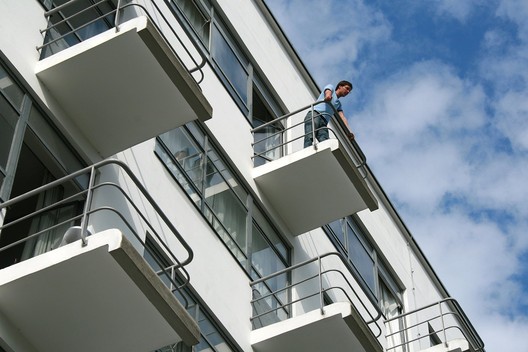