SHoP Architects' super-slender tower at 111 West 57th Street has reached supertall height, but the tower has begun missing pieces of its façade. As New York YIMBY revealed, sales have already started for the Manhattan skyscraper as new photographs show missing fragments of the terracotta façade. Located in Billionaire's Row just south of Central Park, the supertall is being created by JDS Development and Property Markets Group. The project aims to become an iconic terracotta skyscraper in Midtown as it passes its third setback. 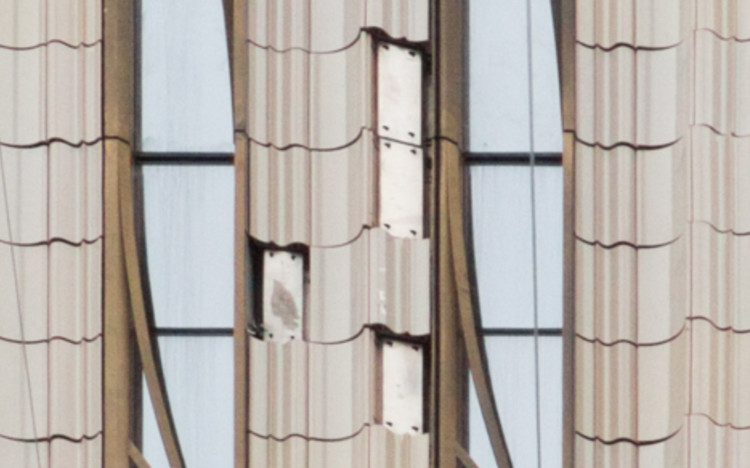 Currently towering over 984 feet tall, 111 West 57th Street has already achieved supertall status. While the superstructure is almost 70 percent complete, an additional 440 feet are left before topping out occurs at 1,428 feet above street level. Designed by SHoP Architects, the skyscraper features glass curtain walls and a bronze and terracotta facade on both the west and east faces. The terracotta is currently reaching the first setback over halfway up the tower. A total of 60 condominiums are being created, with fourteen of the residences located inside the existing Steinway building.

As photographer Andrew Campbell Nelson documented, fragments of the terracotta appear to be missing from the facade. JDS told YIMBY “The gaps are where mounting brackets for the monorail system will go, and after the rig is jumped, it gets filled. There is also a system of redundant attachments to prevent anything from falling.” The highly transparent façade was designed to maximize views of the historic Steinway Building from the street as well as interior natural lighting.

Construction is set for completion by 2019. 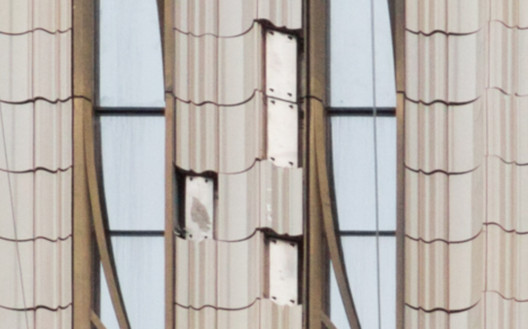