Powerhouse Company and Benthem Crouwel Architects have revealed their vision for the 2022 Asian Games Athlete Village International Zone in Hangzhou, China. The “Sponge City” proposal explores the sandy connection between land and water on a site which has recently been reclaimed from the sea.

The scheme, designed in collaboration with landscape architects SMARTLAND and Chinese firm UAD, forms a competition entry for the design of the village, the results of which are expected in August/September 2018. The team is one of six competing, including AS+P, SO-IL, NEXT Architects, Jadric Architektur, and Pelli Clarke Pelli Architects. 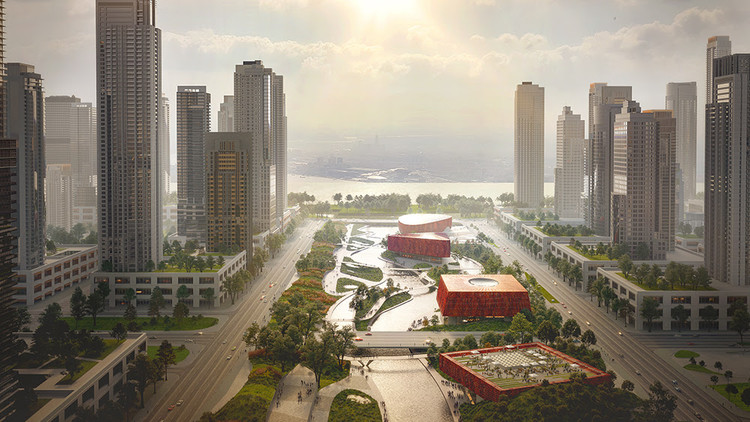 Throughout the design process, the team reflected on the dual-identity of water as an element of life, but also as a threat due to flooding and climate change. The “Sponge City” concept embraces the original nature of the reclaimed site, integrating rainwater collection and storage systems in response to the new water management and sustainability strategy requested in the brief.

We always draw inspiration from the challenges that assignments offers us. In this case we turned a concern about water into a great quality for the citizens of Hangzhou. The power of water, and its capacity to polish rough stones to shiny gems, became a leading theme in our design. We combine rational considerations with a strong storyline that resonates well within the Chinese context.
-Daniel Jongtien, Partner in Charge, Benthem Crouwel Architects

The buildings themselves feature facades inspired by Phoenix Bloodstones, a precious gemstone local to the region. The natural red gems are shaped by water and embedded into the landscape, forming “symbolic artifacts of people and culture, filled with happiness and success.”

The masterplan includes a "Youth Activity Center" with a feature public roof acting as an elevated square, and a library which gives visitors a sense of home, taking advantage of waterside views. In contrast to the angular library, a "Museum" offers a flexible triangular plan for exhibitions, inspired by the natural gemstones.

A "Music Performance Center" is the “smoothest and polished gem of the masterplan” designed to form a strong, reflective connection with the water’s surface, while a "Community Sport Center" features transparent facades and a majestic dome bathing the 15-meter-high main hall in natural light.

News of the competition comes shortly after two other major projects were unveiled in connection to the 2022 Asian Games in Hangzhou, with LWK & Partners releasing the design for the Olympic Vanke Centre adjacent to the Olympic Village, and SOM unveiling a striking mixed-use tower for the area. 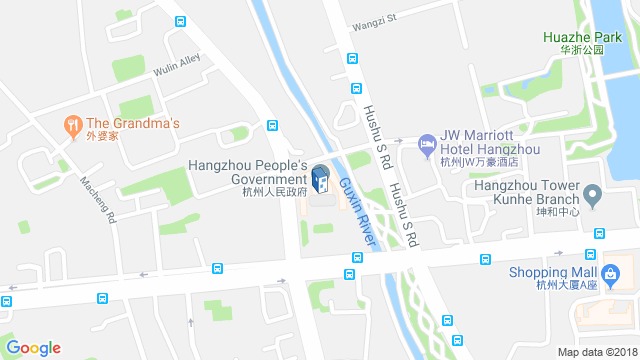 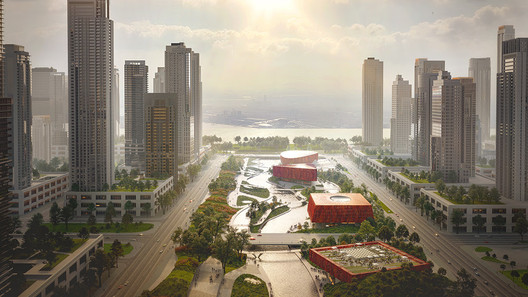