Save
The Wild Churches of Kerala, Southern India as Captured by Stefanie Zoche
Share
Or
Copy

Photographer Stefanie Zoche of Haubitz-Zoche has captured a series of vibrant images showcasing the “hybrid modernism” churches of the Southern Indian region of Kerala. The images below, also available on the artist’s website, depict the blend of modernist influences and local architectural elements that defined many Indian churches following the country's 1947 independence.

As Zoche explains, the post-independence Indian church establishment sought to differentiate itself from the historic colonial building style, and hence drew inspiration from the modernist icon Le Corbusier. The buildings in Zoche’s gallery often display an “effusively sculptural formal language and a use of intense color” with Christian symbols “directly transposed into a three-dimensional, monumental construction design.” 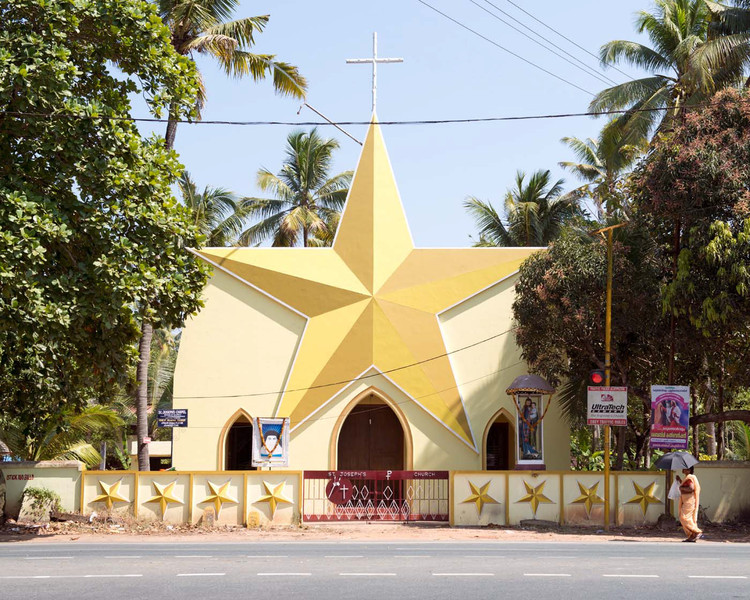 Zoche’s works, which you can explore on her official website here, are currently on show at the Zephyr, Reiss-Engelhorn-Museum Mannheim in Germany. Below, we have laid out some of the “Hybrid Modernism Churches in Kerala” series, highlighting some of the ecclesiastical delights of Southern India.