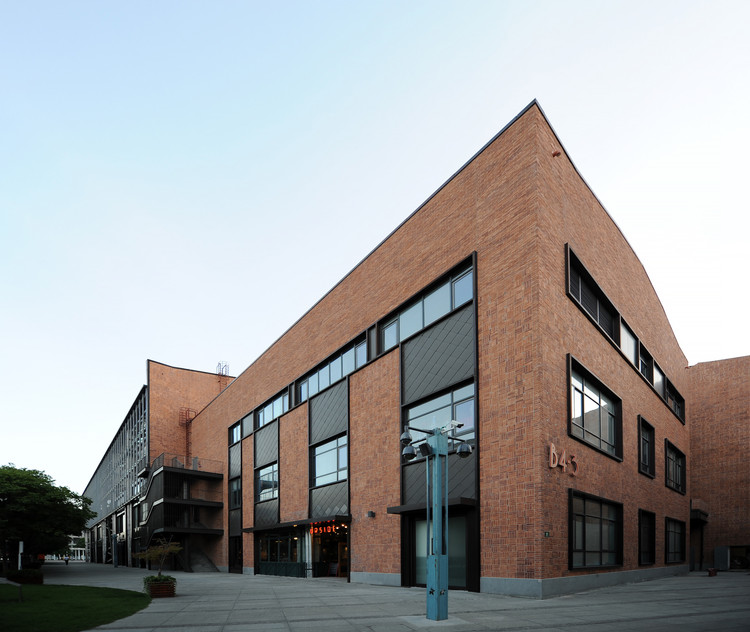 Text description provided by the architects. URSIDE Hotel & Café is a new model of an unconventional hotel, with multi-living areas, multiple dwelling, co-working, creative catering and diverse events. It is located in the original Urban Best Practices Area of Shanghai EXPO 2010, which was a part of the factory of Jiangnan Shipyard, founded in early 20th Century.

After the EXPO 2010, the Urban Best Practices Area was underdeveloped until now. In this area, only Power Station of Art (Shanghai Contemporary Art Museum) was open successfully since 2012, but there is no restaurant and café inside, neither a vending machine. The Part B4-3A, the future URSIDE Hotel & Café's location, was part of the Joined Cases Pavilion during the EXPO, which was a 15-m tall space inside.

After the EXPO, this building started to be developed and divided into three stories inside but failed. The new structure inside is not aligned with the original giant concrete structure, which was a massive challenge for URSIDE Hotel & Café.

The five partners of URSIDE are very different, with the background of structure engineer, architect, interior designer, branding and graphic designer, and luxury product importer. They have run 5 Airbnb apartments in Shanghai, renovated from old Shanghai traditional Lilong Housing (Lane Housing), since 2014.

All of them have been very successful, and they are Superhost not long after the first opening. Many guests, among over 1000 guests around the world, became very close friends. Then they decided to make a new way of living, aka, URSIDE Hotel & Café. They develop, design and manage their hotel brand.

The façade of URSIDE has minimal impact from the original building, and it keeps the continuous brick façade like the whole area. The entrance is pushed to show respect to the context. In the unconventional "lobby" of the 1st floor, there is no front desk, but are comfortable lounges, dining area, co-working space, and bar area. It serves as a public living room with multi-functions mixed.

There are 15 sofas/couches, but all different and custom-made. Behind the open space, there are 13 SOLOs, which are prefabricated containers of 2M*2M*2M. There are two sizes, with six different color combinations. Every SOLO is a private room for one person and is only 10cm thick with structure, thermal, soundproof and wires hidden inside and high windows for natural light. Each one is like a luxury train trunk and placed on the different datum. There are three shared toilets/showers. There are three paths in the SOLO area, which is like walking in a forest and connected with the public living room.

There are 12 loft-like guest rooms on the 2nd floor. Inside each guest room of 4.5M high, the bed is placed on the upper level with the minimal size of a cantilevered structure, and the living room is spacious. There are 3 rooms facing the North, Shanghai Center Tower, the tallest building in Shanghai, and Nanpu Bridge, across the Huangpu River; there are 3 rooms facing the East, Power Station of Art; there are 6 rooms placed in the middle without direct windows outside, but with the whole wall of glass bricks facing wide corridors.

Because the 2nd layer of existing structure developed after the EXPO not aligning with the original giant factory concrete columns, the rooms are arranged in this way to have a balance between the two different structure system of different times. All rooms directly facing outside have exposed original giant factory concrete columns inside. Since the corridors are wide, there are several rooms in the middle with a cantilevered bed floating above the public space.

There are 13 guest rooms on the 3rd floor. The corridors are full of natural light from the opened skylight roof. In all eight rooms in the middles, the upper bed area has both high windows and skylights. It allows enough natural light during daytime and guests to enjoy the moon and stars in bed. All five rooms facing outside have exposed original concrete columns and X shape steel bracings. The two biggest rooms facing the North don't have the bed on upper level since it's spacious enough.

There are 38 guest rooms in URSIDE, but there are 15 different types. URSIDE offers diverse living experiences whenever a guest stays. URSIDE aims to create an experience "for living not just for staying." The diverse public spaces on every level provide potentials for more creative and custom-made events, like exhibitions, reviews, performances, etc. URSIDE creates its brand with fine dining, special house cocktails, special coffees, special slippers, toothbrush, and its scent. URSIDE hopes for a prosperous action, rather than a retrospective one. It's like its unconventional hoody robe, with texts "Don't Look Back!" on the back. 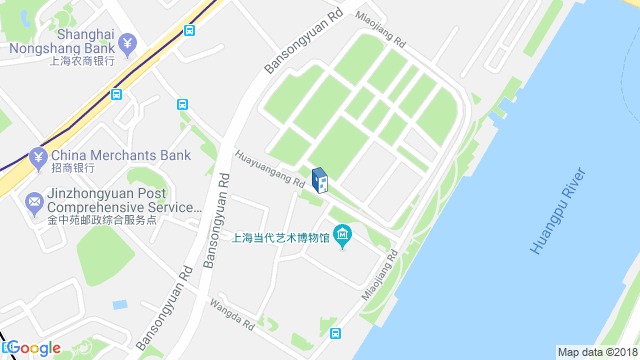 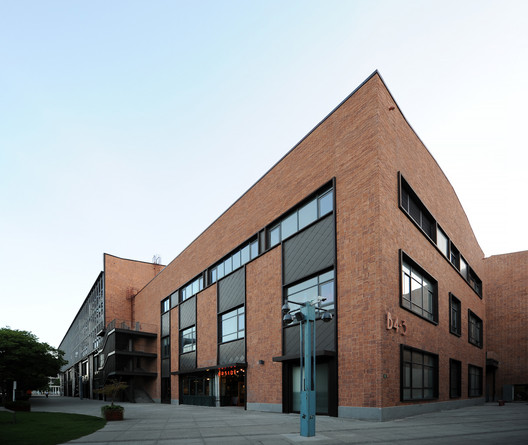