Save
Caroline Bos, David Adjaye, Li Xiaodong and Many Others to Speak at 2018 World Architecture Festival
Share
Or
Copy

The festival, which will be held from 28-30 November at the Amsterdam RAI Exhibition and Convention Center, will give nearly 500 practices from around the world a chance to present their designs to a group of over 100 designated international judges.

These judges will be lead by the 2018 Super Jury, a select group including Sir David Adjaye OBE (principal, Adjaye Associates), Nathalie de Vries (director and co-founder, MVRDV), Mohsen Mostafavi (dean, Harvard Graduate School of Design) and Li Xiadong (founder, Li Xiaodong Atelier). The judges will select winners in over 30 categories, highlighting both completed and future projects. The shortlist of projects up for awards at the festival was announced a month ago.

While the session details will be announced in the coming months, an early version of the festival’s daily program and an extensive list of speakers are now available on the event’s website. Among many others, the speaker list promises talks from:

Continuing a popular tradition from the festival’s Berlin editions, WAF attendees will also have the chance to embark on specially-designed architecture tours of the city of Amsterdam over the course of the festival weekend. Tours will cover Amsterdam’s Central Waterfront, Eastern and Western Docklands, The Zuidas, and more. There will also be a boat tour that will offer views of several contemporary architecture projects from the water.

Tickets for the festival are available online now, with a 20% discount available for ArchDaily readers who enter the code ARCHDAILY20 at checkout. Our site will also have news coverage and live-streams of festival events when it kicks off later this year. 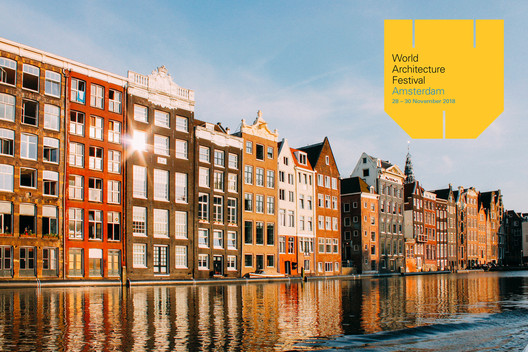