Inspired by two of the oldest techniques in architecture, fluting, and reeding, Brooklyn-based GRT Architects have developed a series of modular concrete pieces that update the Greek tradition, varying its classic composition. 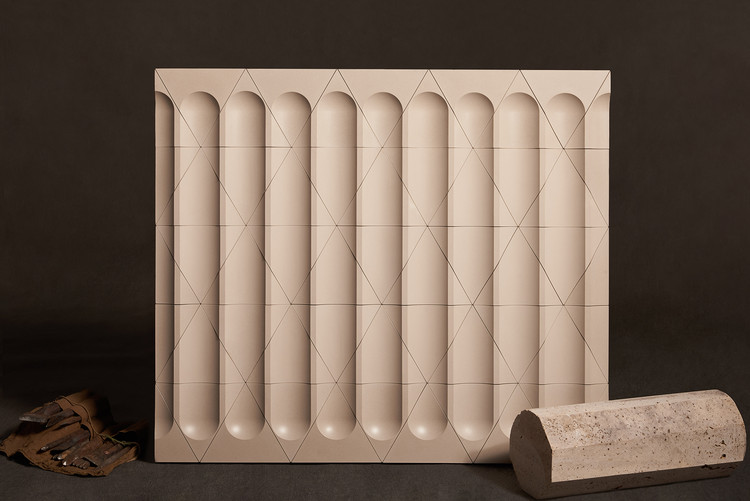 Flutes & Reeds is composed of cast concrete and rethinks the proportions and fixed rules that governed Greek columns of antiquity. This new material consists of modules that can be adjusted and accommodated to form interesting relief surfaces.

A triangular mosaic was then generated to provide the possibility of joining other modules at 120-degree angles, producing grids and varied compositions.

"Each triangle is, in effect, a slice of a conventional fluted or reeded column. When arranged in a well-behaved fashion they form a surface that would look familiar to the Greeks, overlaid with a subtle, triangular matrix. However, a number of unique patterns emerge when tiles are rotated," ensure GRT Architects.

The family of grooves and carvings is composed of four designs: Single Flute, Triple Flute, Single Reed, and Triple Reed. While 'Single' refers to convex and wide ornaments, the 'Triple' offers denser repeats of the same effect.