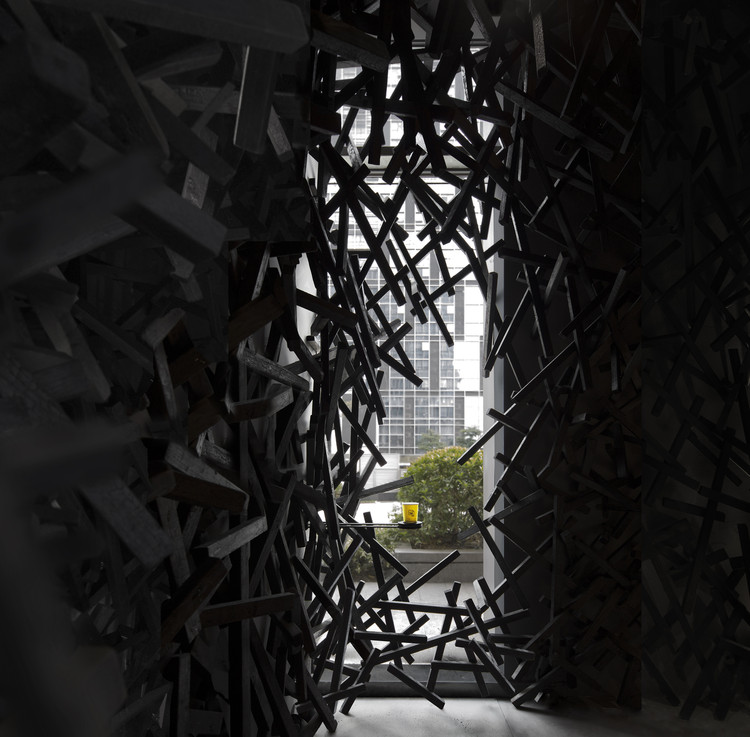 Text description provided by the architects. The migration of human beings that follows the operation of society has existed since ancient times. Under the rapid development of urbanization, the typical migration phenomenon must be the “Urban Tide”, which refers to the fact in urban area that every morning millions of people flood into working areas from living areas, while every evening those people back to living areas. “Urban Tide” is considered as an inevitable derivative during the process of urbanization.

China is in the economic transition period, along with the everyday changing information and technology, results in rapid expansion of urbanization. People float up and away in the unshaped cities, following the monotonous day-to-day routine. All together tends to regularize, synchronize, even benumb the ways they think, live and feel. With the spirituality which are now imprisoned under the suits and ties, people are desperate to to search for a way out that allows them to let their guards down, return to ego truly and experiencing freewheeling social activities.

Located in Zhujiang New Town, Guangzhou, one of China's three national CBDs, .jpg breaks the surrounding dense and towering gray tone with the dazzling yellow facade, just like the guiding light in a concrete jungle. Entering into the dim interior, which is less than 25m2 and sharply contrasts with the bright facade, a long concrete bar is set in the centre and emphasizes the baristas and the coffee-making process. The limited but unconstrained activity space eliminates the sense of distance and baristas' intimate service warms not only customers' tastes but also their hearts.

The walls and ceiling are fully covered by overlapped and crossed timbers. The timbers were originally wasted pine wood recycled from the construction site, the color of which became dark as charcoal after the carbonation process. Through irregular interweave and assembly, the timbers enfold the whole space as if they are floating in vacuum. Light from different angles travel through the gap, forming an impressive visual effect and creating a novel and unique spatial experience.

The business model of take-away only and set no tables and chairs within satisfy the fast-paced coffee experience of modern people and facilitate the open social behavior. There are only two beverage pallets being extended out from deep in the timbers by slender metals and set alongside the window. Watching at the busy street outside with a freshly prepared coffee gives a temporary sense of belonging to the urban people leading stressful busy life.

China is now reach the excessively rapid urbanization period. The never-stopping shift in population, occupation, region, and culture can hardly maintain a sense of belonging for the modern people. Over the long-term social distance and repressed real emotions deep down the hearts, the urban morbidity of insensitivity comes with a reason. 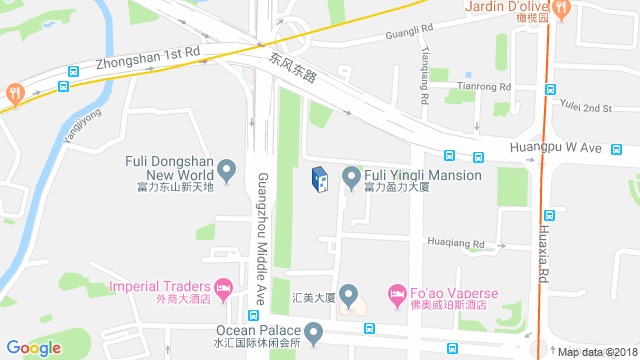 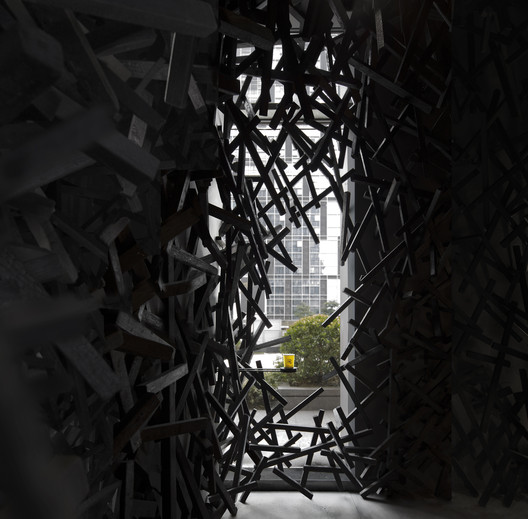