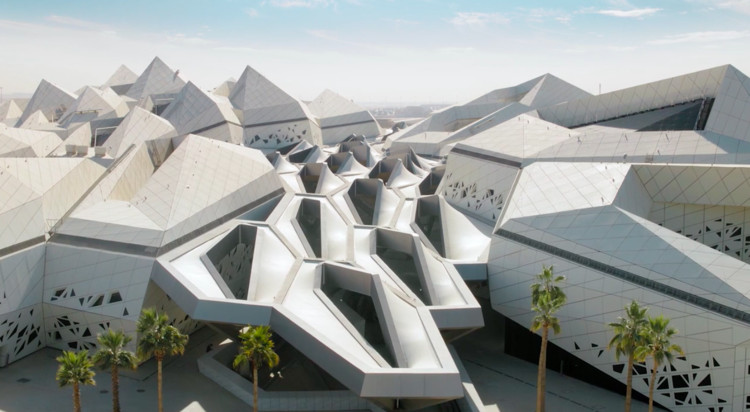 Completed in October 2017, the 70,000-square-meter scheme is dedicated to “independent research into policies that contribute to the most effective use of energy to provide social well-being across the globe.” Leading by example, KAPSARC was the first ZHA project to be awarded LEED Platinum certification by the US Green Building Council for its minimized energy and resource consumption, and form sculpted in response to the environmental conditions of the Riyadh Plateau.

KAPSARC is composed of an amalgamation of crystalline forms, orientated in response to prevailing sun and wind conditions. The structure gains in height towards the south and west, shielding internal spaces from direct sunlight, while courtyards along the north and northwest allow indirect sunlight to bathe the interior.

The scheme incorporates five structures: an Energy Knowledge Centre, Energy Computer Centre, Conference Centre with an exhibition hall and 300-seat auditorium, Research Library with archives for 100,000 volumes, and the Musalla: an inspirational place for prayer within the campus. The five buildings differ in size and organization in response to their needs, with future expansion made possible by introducing new cells to the honeycomb grid.

For the video's creation, Esch was aided by fellow director Oliver Schwabe, editing by Christian Becker, and music by Peter Simon.

You can learn more about the King Abdullah Petroleum Studies and Research Centre in our project article here. 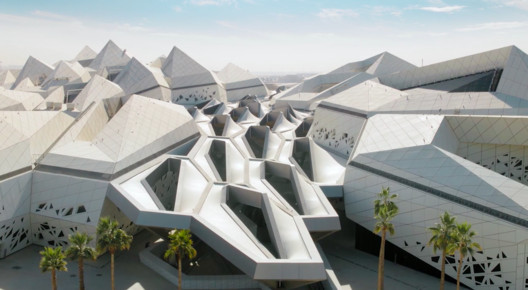