More than 1500 people visited Fun House at its July 4th opening day, which comes three years after Snarkitecture’s installation at the 2015 Summer Block Party, titled "The BEACH." Other noted collaborations for Summer Block Party include Studio Gang in 2017, James Corner Field Operations in 2016, and Bjarke Ingels Group in 2014. 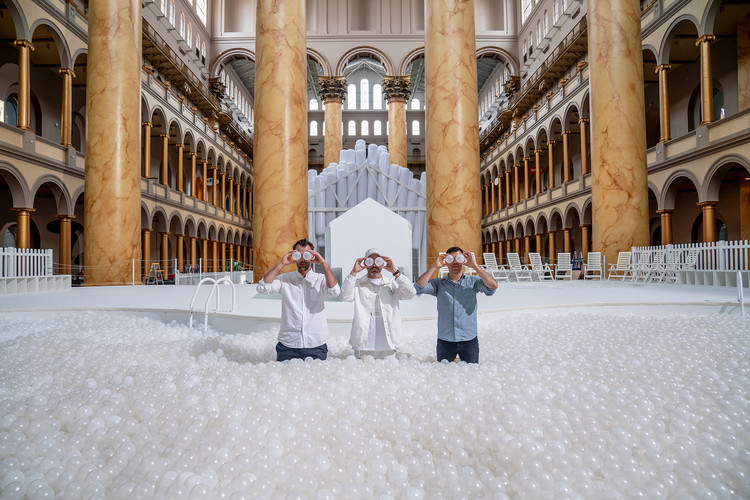 Fun House, curated by Italy-based Maria Cristina Didero, centers on a Snarkitecture-designed house: a freestanding structure which both recalls and reimagines the idea of the traditional home. A series of interactive rooms feature previous Snarkitecture creations, including Dig (2011) and Drift (2012), and tell the story of Snarkitecture’s “peculiar yet accessible way of reinterpreting the built environment.”

Besides its symbolic value, the house stands for the basic icon in the field of architecture. A simple and evocative concept, a house is the first thing most children learn to draw spontaneously, adding a triangle to a rectangular shape. In the occasion of Fun House, starting from the aforementioned simple outline, the conventional household is regarded and totally re-imagined to contextualize the unconventional theoretical journey of Snarkitecture’ s first decade of activities.
-Maria Cristina Didero, Curator, Fun House

"Fun House" will be open to the public from July 4th to September 3rd 2018 at the National Building Museum in Washington DC. Tickets and further information can be found at the museum's official website here. 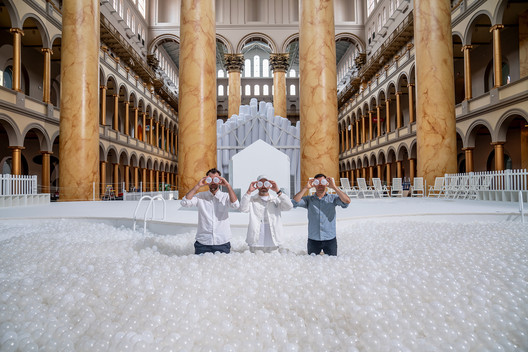