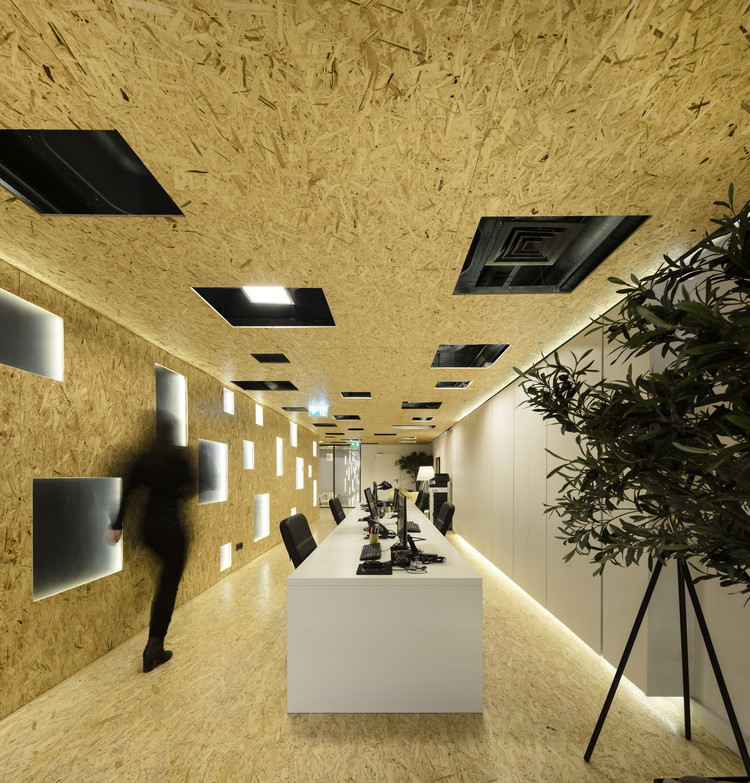 Text description provided by the architects. The fast growth of the company forced them to expand the office, another floor of the building. The project demanded the accommodation of a large working area in open-space, various offices, meeting-rooms and an eating area in a new space intended to be modern but comfortable at the same time.

Therefore they opted to create an office area coated in OSB, a material which allowed the creation of a second skin, in which many holes were opened for better luminosity, either coming from the ceiling or coming from the walls, through niches. This material allowed the creation of a dynamic ambience, informal but comfortable at the same time. Already in the main room the ceiling infrastructures were left at sight, gaining floor height, which enabled to free up the working space. By painting the whole ceiling in black the chromatic homogeneity of all the elements there suspended was assured as well as its visual elimination. The OSB was chosen as a common denominator of the space by being used not only in walls, ceiling and floor but along the whole office, desks, drawers’ sets and dining tables. In the new pantry, a cabinet with the pattern of the cement tile used in the flooring of all the Padaria Portuguesa shops, a brand image, was designed as a backsplash. 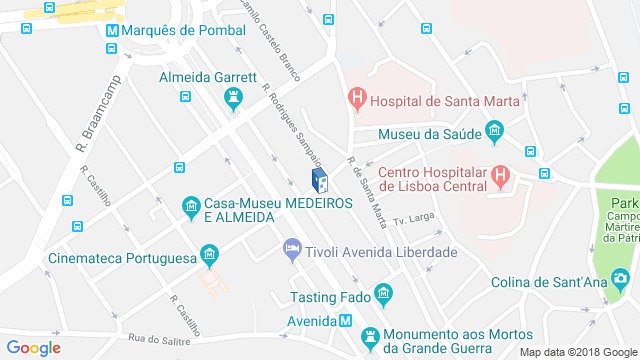 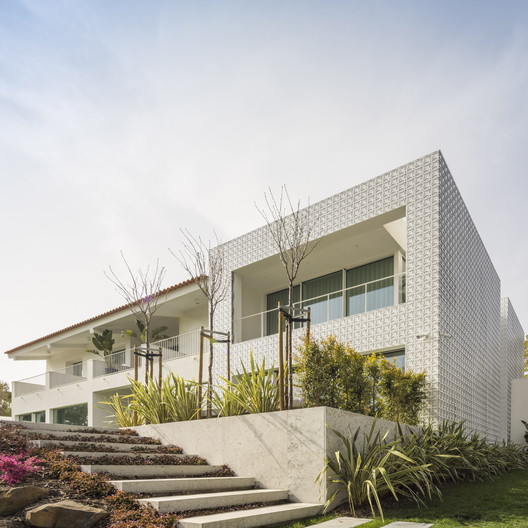