Save
Hidden Architectural Gems to Visit this Summer
Share
Or
Copy

Summer. Vacation. Two magic words that will certainly ease all the pain and exhaustion of working/studying full-time. Now that it is that time of year, most people are busy planning their travel itineraries. Whether it’s a city trip to Paris to see the Eiffel Tower and the Louvre, or a journey to walk on China’s Great Wall, the majority of travelers will choose to cross iconic landmarks off their bucket lists. However, there is a lot more to London than the London Bridge and Buckingham Palace, and there is a lot more to Barcelona than Gaudí. There are, in fact, hundreds of underrated, exquisite structures that go unnoticed.

If you are planning a getaway soon, here is a list of hidden architectural gems that are worth the visit.

If you’re planning to visit the picturesque Tuscan countryside, the Abbey of San Galgano is situated in the valley of river Merse, in the province of Siena. The Italian-Gothic style church was built in the 13th century and still stands today, but without a roof. The monastery is open to the public for a 3€ entrance fee.

The Church of the Holy Redeemer, Ani, Turkey / Armenia Border

Ani is a medieval town located in the Turkish province Kars, near the Armenian border. The town, which is known as the “abandoned city of ghosts”, was once an Armenian city, and holds a collection of ruined churches, mosques, and walls. The church of the Holy Redeemer was completed in the 11th century and remained intact until the 20th century. In 1955, a large storm hit the city, collapsing the entire eastern half of the church.

After years of restricting tourism, Cuba has finally allowed foreigners to visit and experience its unique and complex culture. Located on Cuba’s La Isla de la Juventud, or “the Isle of Youth”, this unusual and historic prison is now a national monument for visitors from all around the globe. The Presidio Modelo, which once housed Fidel Castro, was inspired by “the idea that inmates are under constant surveillance, or at least are never able to know when they are being watched”, an ideology derived from English philosopher Jeremy Bentham in the late 18th century. The island is reachable either by domestic flights or ferry services (the transportation services are infrequent, so make sure you look into the schedules ahead of time).

The Traboules of Lyon, Lyon, France

If you are visiting France soon, make sure you visit the country’s second largest city (a 2.5-hour train ride from Paris). Lyon hides hundreds of passages, staircases, and alleyways, tucked through buildings and courtyards. The locally-famous Traboules in Lyon were built in the 4th century and were used by merchants to transport their products.  Most of the Traboules are now touristic sites and open to the public.

Although Miami is notorious for its sunny beaches and lively parties, the city is home to a few historic monuments. The St. Bernard de Clairvaux Church is a medieval Spanish monastery, located on the North Miami Beach. The church, which was built in Sacramenia, Spain in the 12th century, was dismantled and relocated to New York in the 20th century. It was eventually relocated again to its current location and is considered the oldest European-built structure in the Western Hemisphere.

The Woolwich Town Hall was completed in 1906 with an Edwardian Baroque-style exterior, but it is gaining momentum due to its picturesque interior. After several wedding photographs taken inside the hall were posted on social media, the eccentric hall became a hot-spot for Instagram and Pinterest accounts. 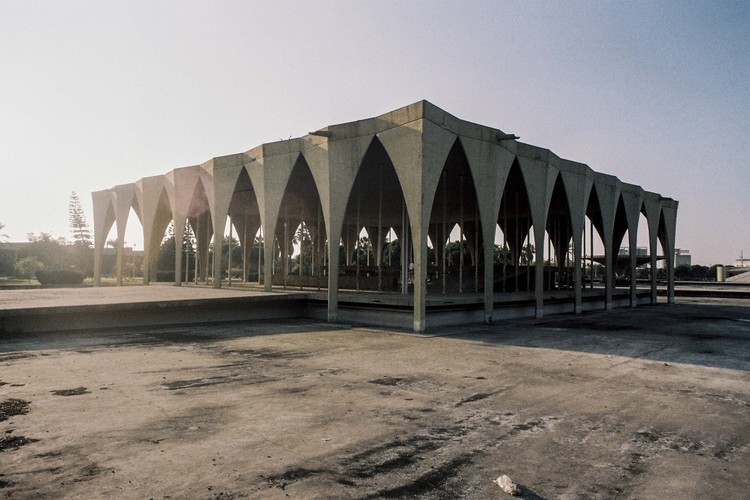 If you’re looking for a fairy-tale, out-of-this-world interior with a Michelin-star cuisine, Sketch is the place to visit. A destination place for art, food, and music combined, Sketch is quite the unique experience in London, UK. The center is a newly renovated 18th-century building in Conduit Street, Mayfair, and has one of the most vibrant and expressive interiors in the country. Ever since its opening, the center has gained massive social media attention, forcing it to be fully-booked months ahead.

Located just a short drive outside of Barcelon you will find Ricardo Bofill’s Walden 7 complex. The housing structure benefits from Bofill's earlier research into providing public spaces and gardens for residents to enjoy an enhanced quality of living. The facade is completely painted in red, while the courtyards have a lively treatment of intense blue, violet and yellow. The most interesting aspect of the project is the atypical way in which the housing block is designed, consisting of an unsystematic, dynamic grid.

Morocco has been recently named as one of the must-see countries for tourism. The Arabian country is known for its Islamic / Moorish design patterns and saturated color palettes while maintaining a cultural influence from European and African countries. The Royal Mansour Hotel and Spa is a well-known, luxurious hotel in Marrakech, with a striking interior. The hotel’s interior design is a rendition of traditional Moroccan architecture, but the interior design of the Spa takes a different direction. The entirely-white space is a modernized vision of traditional Islamic designs, with large geometric cutouts acting as partitions and walls.

If you plan on seeing historic castles and fairy-tale chateaus, Scotland is the country to visit. The country possesses thousands of castles that date back to the 11th century, with classic structures and vast courtyards. One castle, however, got quite the modern makeover. Almost a decade ago, the owners of the Kelburn Castle were informed that the facade needed renovation to avoid potential damage. Lord Glasgow, the owner of the castle, took his children’s advice and invited Brazilian artists to paint the walls. The project, which is currently under works of becoming a permanent feature, was featured on BBC’s The Culture Show.

Site-seeing can be hectic, and what better way to relax than spend a day at the spa. Some spas, however, are a site of their own, transferring their visitors into another dimension. Liquidrom is a surreal spa that looks like it came out of a sci-fi movie. The exterior is an angular crown-like white structure, while the interior is a multi-colored, dimly-lit pool surrounded by large arches. The pool’s techno experience is enhanced by the programmed light and music, which can be heard underwater.

The Schwerbelastungskörper, which literally translates to “heavy load-bearing body” is bulky concrete cylinder in Berlin, Germany. Although the building is not considered aesthetically pleasing, the history behind the structure, as well as its interior, give the building its value. The structure was designed by Hitler’s chief architect, Albert Speer as a study model. Speer wanted to study whether the city’s ground could carry a large heavy structure, to be able to build a large triumphal arch later on. The plan was to cover the cylinder with an artificial hill and erect the triumphal arch on top, but the work was halted due to World War II. After the war, removing the bulky cylinder was only possible through explosives, which was impossible due to the surrounding buildings and train tracks. The structure was left to become a historic monument, open to all visitors.

South America has some of the world’s largest and finest religious monuments. If you happen to be visiting San Salvador soon, you will probably notice a large semi-circle concrete structure. If you are without a tour guide, you might think that the building is perhaps a theatre, or cultural center, when in fact, it is Rubén Martínez Bulnes’ controversial, unconventional modern church. El Rosario is the city’s first ever cathedral and the architect made sure that the design is unique, but provides the same spiritual experience just as any other religious building. From the structure to the plan, and all the way to the colorful stained glass and lighting, the El Rosario is definitely a unique sight.

Frequent political conflicts and neighboring wars did not stop Lebanon from being a tourism destination. The culturally-rich country is a perfect blend of past and present and is home to several famous buildings. One of the best reasons to visit Lebanon is the fact that it is a small country, which means that going from one city to another is not time-consuming. Tripoli, Lebanon’s northern city and second largest city in the country, lies only 1.5 hours away from Beirut and is home to Oscar Niemeyer’s unfinished exhibition center. One of the five largest exhibition centers in the world, Niemeyer’s project consists of 15 different concrete structures, which were abandoned in 1975 due to civil war.

If you happen to stumble upon interesting hidden architectural gems, make sure to tag @archdaily and use #archdailytravels in your posts.

Correction Update: This article originally included Ricardo Bofill's La Fabrica, located just outside of Barcelona. Unfortunately this building is not open to visits from the public. We regret the error. 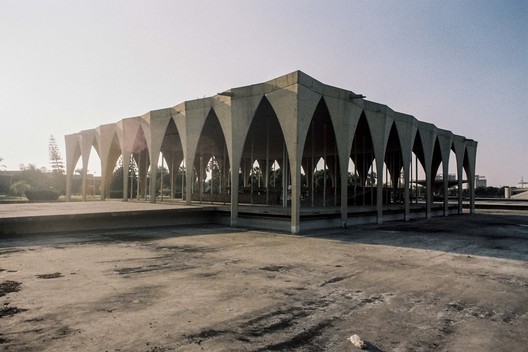