The idea of a total work of art - Gesamtkunstwerk - guided several schools and movements in the 19th century, including the Bauhaus, which brought the term into the modern era. With the school's unstructured architecture and avant-garde furniture design came new ways of designing clothing, graphics and painting, etc. In the Bauhaus different fields influenced each other, diluting the border between art and industry as they evolved together. When the school was closed 1933 many projects were left unfinished.

In order to revive some of the work begun at the Bauhaus, Adobe launched the Hidden Treasures project to revive five fonts inspired by the original designs of five of the school's masters: Joost Schmidt, Xanti Schawinsky, Reinhold Rossig, Carl Marx and Alfred Arndt.

Adobe partnered with the Bauhaus Dessau Foundation to select five design students to recreate typefaces based on the historical materials found in the school's archives. Led by the specialist in typography Erik Spiekermann, the project has already made available two of the five fonts, one inspired by Schmidt's ideas and the other by Schawinsky.

The Joschmi typography, inspired by Schmidt, is perhaps the most emblematic of the two and resembles stencil blocks. Its digital version was redesigned by the Brazilian designer Flavia Zimbardi based on only six letters found in the archives of the German school. The Xants font, inspired by Schawinsky and redesigned by designer Luca Pellegrini, presents a more curvilinear and thin design.

Eventually, all five of the fonts will be completed and made available to Adobe Creative Cloud users. Follow the project here.

Via: Adobe and Co.Design 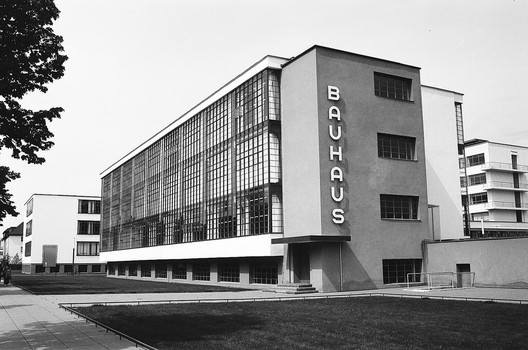