Wickside is a £120m “permeable, mixed-use neighborhood” that will provide 475 homes and 300 jobs for the surrounding community. Designed by BUJ Architects and Ash Sakula Architects, the neighborhood has recently received the all-clear from the LLDC planning committee. Almost nine years in the making, the scheme uses “urban blocks set around ordinary London streets” to create a complex, diverse townscape with a variety of uses. The neighborhood is housed within a 28,800 square meter former waste transfer site in Hackney Wick, London. Integrating the context’s existing buildings and cultural heritage, Wickside aims to develop the existing creative community through “retention and regeneration,” and is one of the largest development sites in the area. 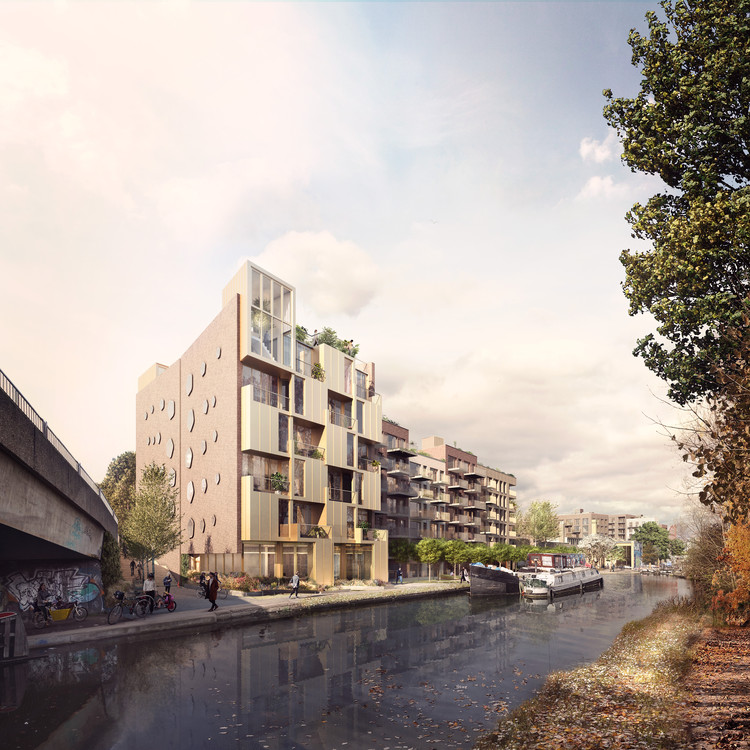 Eight years in the cooking we now look forward to the next phase, delivering a new piece of London to live, work & play in.
- Guy Forrester, Founding Partner at BUJ Architects LLP

While the existing buildings are re-purposed as pavilions, restaurants, a cafe, and two art galleries, the new elements will introduce residential accommodation, an industrial working yard, a craft brewery, a casting foundry, and a food quarter. The linear park that runs along the southern boundary of Wickside creates an inviting threshold between the buildings and the canal, drawing people in to become one of several points where community interactions can organically occur. “Carefully knitted into the urban realm,” the scheme also provides excellent access to the nearby Hackney Wick Station for both pedestrians and cyclists, while the green rooftops offer a unique space for playing, pausing, and planting.

We’re delighted that the project can now move forward and play its part in the regeneration of Hackney Wick. We’ve aimed to create a proper piece of city, closely integrated with the different characteristics of its surroundings, so that Wickside becomes not just one place but many places
- Robert Sakula, Founding Partner at Ash Sakula Architects

The proposal has received universal praise for both its quality and livability. Piers Gough, a member of the planning committee, called it “the best we’ve ever seen,” describing it as quirky, delightful, and beautifully handled. The architect's emphasis on the existing sense of place is part of what makes it so successful. While with the introduction of new ideas to develop the emerging creative community of Wickside speaks of the LLDC’s main goal, “to develop a dynamic new heart for east London, creating opportunities for local people and driving innovation and growth in London.”

I’m really proud to be instrumental in the vision and Masterplanning of this  ‘outstanding’ new piece of London.
- Frank Green, Founding Partner at BUJ Architects LLP 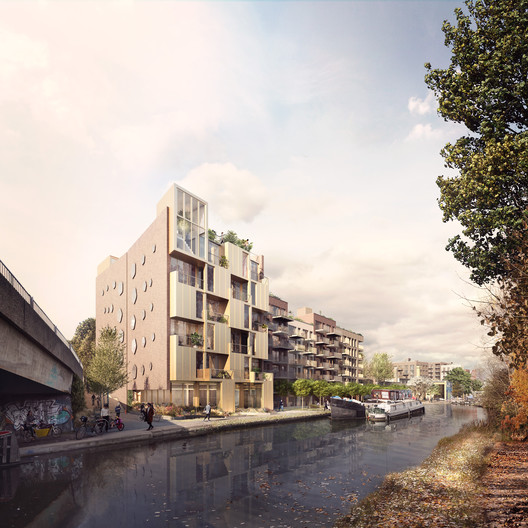