VA Australia’s Minister for Transport has unveiled designs for five new underground metro stations in the city of Melbourne, designed by a collaborative team comprising HASSELL, Rogers Stirk Harbour + Partners, and Weston Williamson. Scheduled to open in 2025, the new stations will “combine functionality, space and natural light with the latest in public transport infrastructure design.”

The new stations, named North Melbourne, Parkville, State Liberty, Town Hall and Anzac, will each draw on an individual surrounding character to inform their architectural style. The schemes will also include public amenities such as parks, bicycle facilities, and community plazas. 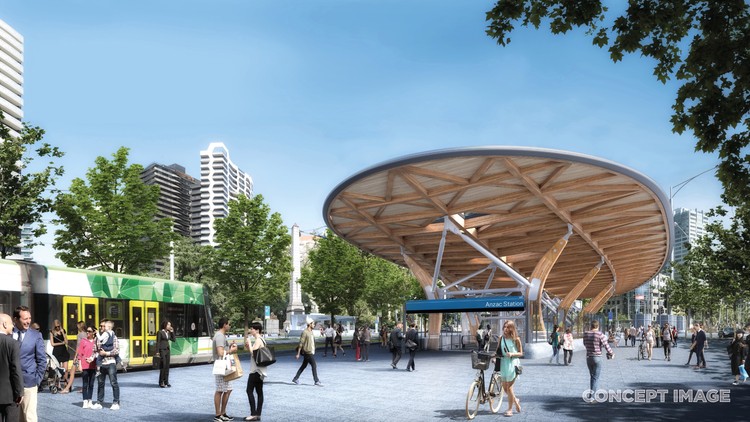 North Melbourne Station will feature a large masonry arch at the entrance, referencing the area’s industrial past while skylights enable natural light to reach the platforms and concourse. Meanwhile, Parkville will see a glass feature roof over a tree-lined entrance linking the station with a world-class health and educational district. 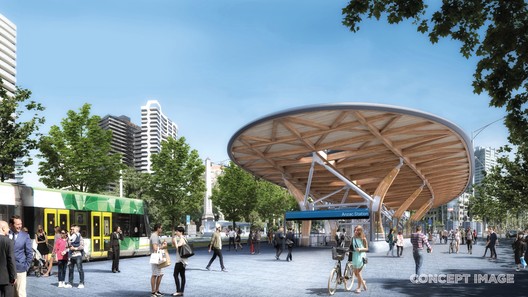