Aldo Amoretti has released new photographs as construction continues on Europe's first underwater restaurant in Norway, designed by Snøhetta. The structure is currently being built on a floating barge in close proximity to its final location. Upon completion, the scheme will also house a marine life research center, teetering over the edge of a rocky outcrop, semi-submerged in the ocean.

Built from concrete, the monolithic structure will come to rest on the seabed 16 feet (five meters) below the water's surface, fusing with the ecosystem of the concealed shoreline. Below the waterline, the restaurant’s enormous acrylic windows will frame a view of the seabed. 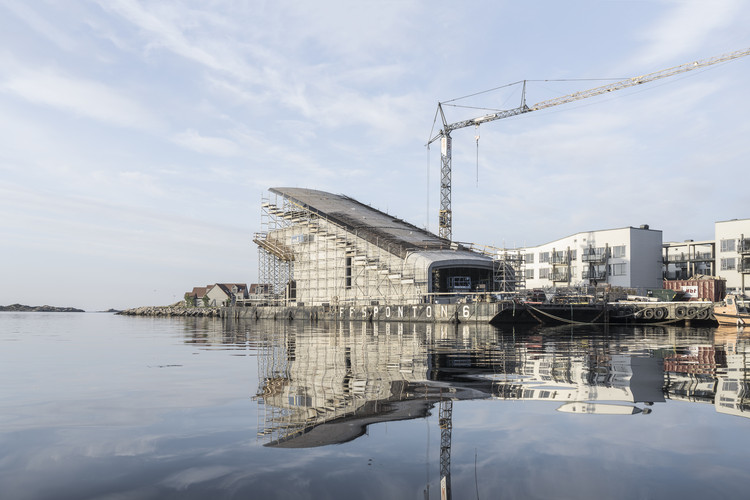 Outside of the restaurant’s normal opening hours, part of the space will be dedicated to marine biology research, where scientists will seek to train wild fish with sound signals, and investigate if fish behave differently throughout the seasons. The team will also seek to optimize conditions on the seabed so that marine life can thrive in proximity to the restaurant.

The sleek, streamlined form of the building is encapsulated in a concrete shell with a coarse surface that invites mussels to cling on. Over time, as the mollusk community densifies, the submerged monolith will become an artificial mussel reef that functions dually to rinse the sea and naturally attract more marine life to its purified waters.
- Snøhetta 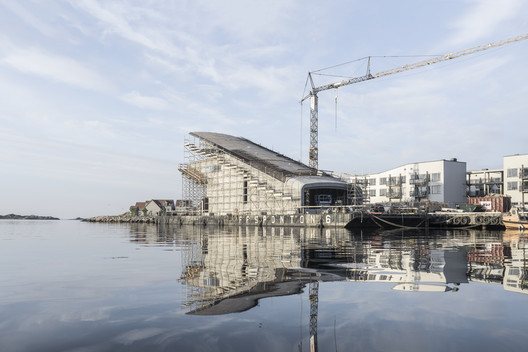