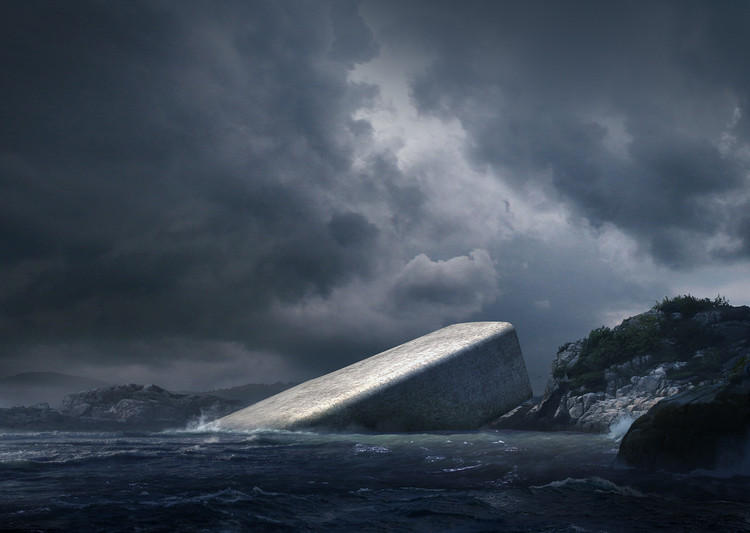 The sleek, streamlined form of the building is encapsulated in a concrete shell with a coarse surface that invites mussels to cling on. Over time, as the mollusk community densifies, the submerged monolith will become an artificial mussel reef that functions dually to rinse the sea and naturally attract more marine life to its purified waters.

According to the designers, parts of the restaurant will be dedicated to a marine biology research outside of the restaurant's opening hours. "Researchers from Norwegian research centers will seek to train wild fish with sound signals, and will study whether fish behave differently throughout different seasons." The researchers will also help to optimize conditions on the seabed so that fish and shellfish can thrive in proximity to the restaurant.

As visitors begin their journey through the restaurant they descend through three levels. From the entrance, where the tidepool is swallowed by the sea, guests enter the wardrobe area. Visitors are then ushered down one level to the champagne bar, which marks the transition between the shoreline and the ocean. From the bar, guests can also look down at the seabed level of the restaurant, where two long dining tables and several smaller tables are placed in front of the large panoramic window. 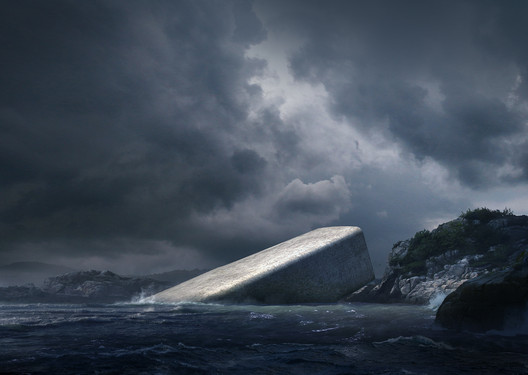