Save
Horizontal Vertigo: Argentinian Pavilion at the Venice Biennale 2018
Presented by:

As part of our 2018 Venice Architecture Biennale coverage, we present the completed Argentinian Pavilion. Below, the curatorial team describes the exhibition in their own words.

Horizontal Vertigo, Argentinian Pavilion at the Venice Biennale 2018, delves into the notions of humanity and democratic spirit as proposed by Freespace, by establishing a cross-cutting dialog between geography, place, and architecture.

The exhibition, curated by the architects Javier Mendiondo, Pablo Anzilutti, Francisco Garrido and Federico Cairoli, is an invitation to rethink our territory as a collective construction and discover architecture in its capacity to convey unexpected generosity in every project.

Description from the curatorial team. Horizontality —a condition both abstract and real in the extensive Argentinean landscape— can also describe our architecture as a continuous thought-scape.

Horizontal Vertigo crosses the folds of our territory by mapping its architectural production over the last decades, since Argentina’s return to democracy in 1983 to the present. Underlined by the turn  of the century, this period has seen a variety of projects diverse in scale and program throughout the length and breadth of the country. Works that, perceived as a whole, compose a horizontal landscape where interventions and initiatives come circumstantially in contact, in dialogue, in resonance, finding synergic potential in immensity, where every idea and every initiative is equally prone to be projected, appropriated and reinterpreted in different contexts and new ways.

The horizontal is simultaneously geography, architecture and human scale.

Horizontal Vertigo proposes an optic scheme producing combined effects. First, the rupture of the spatial relations between container and content by confining the immensity of the landscape in a glass box, an architectonic act of defying perception in the manner of the countless tales of Borges. Second, the daring venture of building the vastness in the virtuality of reflections; the kaleidoscopic fragmentation of the skies and the geometrical repetition of grasses gives away the artificiality of the endeavor, breaking the mimesis but opening up new ways of perceiving space.

In this play of reflections, at the precise place where sky and soil fade to darkness, a single, horizontal trace of light contains the drawings and reverberates in reflections thus presenting itself in a subtle, veiled manner.

The selection of architectural projects reflects their commitment to principles such as the generosity of the sense of mankind, the well-being, equality and dignity of all citizens, the democratic spirit of public spaces and the conscious balance between architecture and our natural resources. Each one of the answers in its particular way to the principles addressed by the Freespace manifesto, revealing “the diversity, specificity and continuity in architecture based on people, place, time, history, to sustain the culture and relevance of architecture on this dynamic planet,” according to Yvonne Farrell and Shelley McNamara.

Unavoidably unfinished, this selection of projects from all over the country does not expect to trace a complete nor definitive picture of Argentinean architecture. Instead, it proposes a different reading in hoping to expose, from territorial and generational viewpoints, its aspects connecting landscape, architecture, and society as a whole.

From a temporal perspective, the selection focuses on architecture produced since Argentina’s return to democracy in 1983 to now: a prolific but not entirely chartered period. From a programmatic perspective, Horizontal Vertigo documents works and projects of democratic character: public parks, social infrastructure or short-lived collective initiatives.

Showing the projects as a group of sketches, hand drafts and sensitive drawings composes a polyphonic manifestation of the diversity of productions. Sketches are chosen because of their value as primitive documents capturing the founding act of hand-engraved thought and showing only the essential, without artifices, where the richness of the idea prevails and conveys founding identity to every architectural project. Some of them are early ideograms capturing ideas that would later give form to the buildings. Others show deeper explorations on each project’s spatial, environmental or landscaping intentions.

Every sketch shows the binding connections, apparent or imagined, that Horizontal Vertigo perceives between architecture and society. 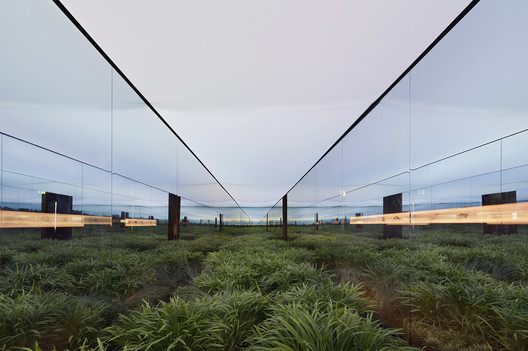