Text description provided by the architects. This art space takes the metaphysical blank space in abstract paintings by contemporary Chinese artists as its starting point. It uses natural light, simple black strokes and translucent materials to create a fuzzy, dream-like physical realm. The project is located within Beijing’s 798 Arts District, as a renovation of a former factory, originally build in the 1970’s during Mao Zedong’s Great Leap Forward.

The project is conceived as a communication space, open to anybody interested in artistic, cultural and spiritual topics. An almost paradoxical juxtaposition, given its previous industrial function.

The project started with a chance encounter during a long-haul flight between Amsterdam and Beijing. The client a renowned cognitive scientist with an interest in metaphysics, moving to Beijing; the architect a young academic studying the cognitive perception of space, based in Beijing. They shared an interest in the comparison between Western and Eastern abstract art and metaphysics. During the flight they conceived the idea to create an art space in Beijing that would create a place for discussing the metaphysics of an upcoming art culture.

We eventually created an immersive, ‘blank space’, with moving planes, as contemporary Chinese artists are interested in capturing 'the unknown', the 'being', rather than the 'context'. They dwell on abstract, inter cultural, metaphysical topics such as space, time, change and transformation, the lasting behind the change, the invisible behind the appearances.

At the same time, we drew inspiration from comparable references in Western abstract art spaces, such as Mark Rothko’s Chapel at the University of St. Thomas in Houston, Texas. Rothko says art must reach an immersive unity with the reality. We thus created a space with a buffer between the inner blank realm and the tainted outside. In the inner realm volumes and planes intersect within the space to create flexible areas which can be used to house different functions and flows of people.

These conceptual ambitions were realized with an approach we call ‘Minimal Design, Maximum Flexibility’. Using the least amount of materials and structure, we aim to create the biggest impact through the spatial design. We create flexible spaces and systems, in which the space multiplies its functional capability.

The project was designed and build in 2 months, with a very tight budget, made possible by forming a design-build team with a passionate contractor, allowing us to go from ‘sketch to detail’ on site. We were able to realize the pure and clean details that we felt represented the spaces’ intention. We were integrally responsible for all parts of the project (design, construction drawings, contractor selection, design execution, etc), and selected skillful craftsmen and contractors to ensure good detailing and execution of our design.

The white walls of the exhibition space are lit during the day from light filtering through the polycarbonate ceiling panels down through the airy double volume space. The upstairs space accommodates the more private functions, such as the management offices as well as a private viewing space for potential buyers.

The BRIC Art Space, with other locations in Europe, focuses its attention on art coming from the BRIC countries. The original concept of the “BRICs” was related to politics and economy, but it believes that the BRIC countries have gradually revealed their unique cultural environments and aesthetic orientation, which brings a fresh breath to the civilization and history which had been dominated by Western culture. 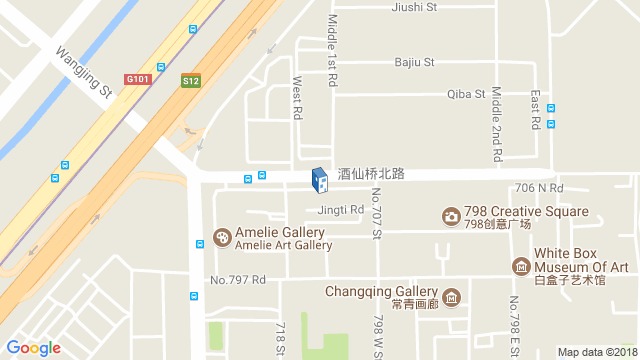 Location to be used only as a reference. It could indicate city/country but not exact address.
Share
Or
Copy
About this office
maison h
Office
••• 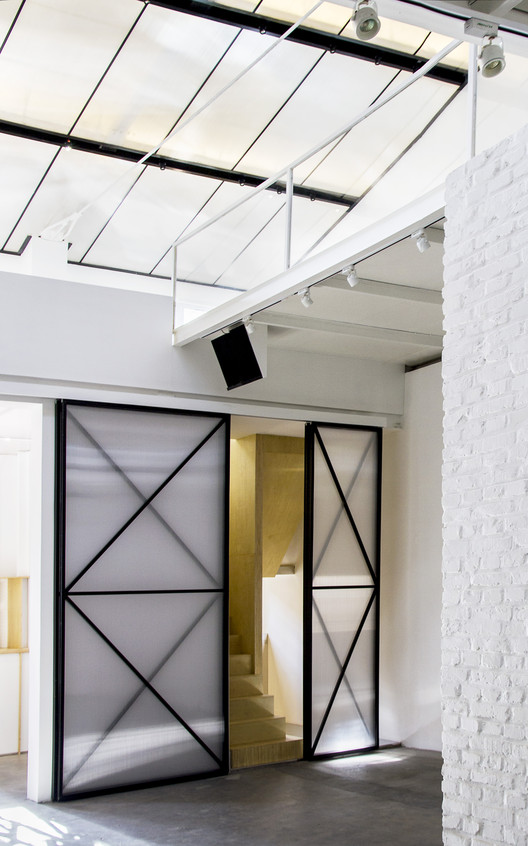