Save
B Garden / 3andwich Design / He Wei Studio 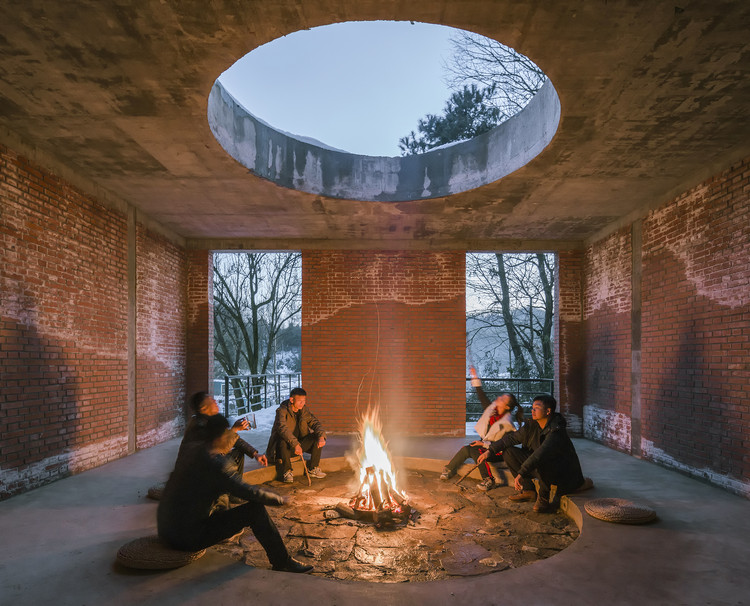 The site of B Garden is backed by small hills, which is rich in vegetation, with a tea garden in front, a river that runs through the campground at a distance, and the hills on the other side. The site is on the platform at the foot of the mountain with open and broad views to the south and water flowing in front, namely, a geomantic site of traditional China. There were several abandoned and dilapidated dwellings on site, which the owners wished to demolish and to construct new buildings on.

Function: from Rural Guesthouses to Pastoral Complex
At the beginning, there was divergence between the owner and designers on the function of the new buildings. The owners initially intended to arrange as many guestrooms as possible, while the design team proposed more public functions to serve the campground. Through the analysis and discussion of the entire park, the two sides gradually reached a consensus: instead of a simple guesthouse or public service facilities, the new buildings will apply compound functions and formats, including guestrooms, a cafe, a teahouse, and anauditorium that can be used for public gathering and training programs, as well as a meditation space. All these functions are not isolated, instead, are intertwined and connected by multilayered and multidirectionaltraffic spaces.

The function has been vested with the character of “Complex” that does not depend on a specific crowd or behavior; while the character of "Pastoral" is the core of the project. The character of "Pastoral" has been embodied not only in the location in the hinterland of the Dabie Mountains, but also in the future business from agro-tourism such as farming experiences and creative agricultural products to “green” industries such as climbing and meditation. Rather than a guesthouse only suitable for living, B Garden has been orchestrated into a miniature pastoral complex.

Space: Roofs, Courtyards, Paths, Pools, Lights and Shadows
B Garden consists of a series of buildings in horizontal layouts due to space constraints. Designers have madea displacement of the blocks and have alternatively applied flat roofs and gable roofs (which have implied the position of original buildings.) The interlocking building blocks represent relief and casualness with zigzagoutlines of plans and elevations.

The other characteristics of B Gardens include courtyards and paths. Designers believe that the most attractive part of Chinese traditional architecture is the relationship among houses, courtyards and paths. The house and the yard are positive and negative relationship including physical space, inside and outside, open and closed in sight and psychology and so on; and the path is an "intervention" between the house and the yard, in the exterior and interior, without absolute indoor or outdoor identity. The function of the path is not only the connection of the traffic, but also the coherence and vagueness of the inside and outside of the space. In this project, the designer wishes to discuss the relationship of the three parts in the context of the farmhouse. Therefore the courtyards of many different spatial features are created, interspersed between buildings, separating the building from its surroundings and the buildings from the buildings, forming a blank. In addition to the functional role of these gaps, more is the needs in sight and psychological.

The path constrains the way people enter the building. In order to maintain privacy and interest of the "Bieyuan", building paths are man-made twists and turns, even hidden, so that customers need to search the way to space personally, and in the search process, the positive and negative relationship between architecture and the yard was naturally presented.

The design of the pool and the light and shade is strengthened the interest and drama of the building. Through the reflection and inverted image of the pool, and dramatic scene appeared from time to time in the path, the user is excited to stop, take photos and circle of friends. Besides, the heavy feeling and the monotony are greatly diluted by the buildings of single red brick materials.

Temperament: exquisite farmhouse, Casual Garden
As the name suggests, "Bieyuan" is not the Inn Boutique in the city, not a country villa, but a kind of gamewhich can also be said to be a sense of farmhouse. Temperament of “Bieyuan” should be fine, but not overly sentimental; living here, people can relax, encounter between man and man to make the distance a little closer.

Because it is a new building, designers do not want to imitate the old houses, but want to give the building a sense of intimacy. The main materials of building is chosen the red brick commonly used in 1980s, the appearance of which does not aim for the consistency. On the contrary, the designer intends to mix different styles together, forming a sense of confusion. Because of this confusion, mix and match is attractive to rural buildings.

The interior of the building is not decorated, exposing material directly to form a controlled sense of rudeness. Terrazzo of the ground is exposed the structural components, further reinforcing this feeling. In the designer's view, such a process is in line with the name of the project - "Bieyuan" should be conveyed by a temperament, a special life different from the city. 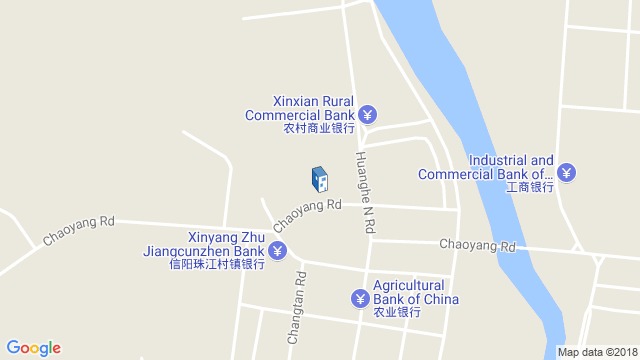 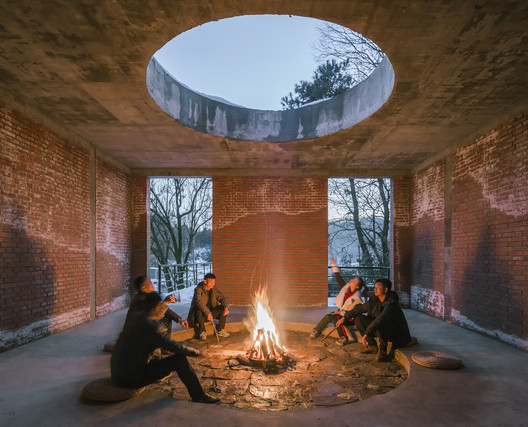