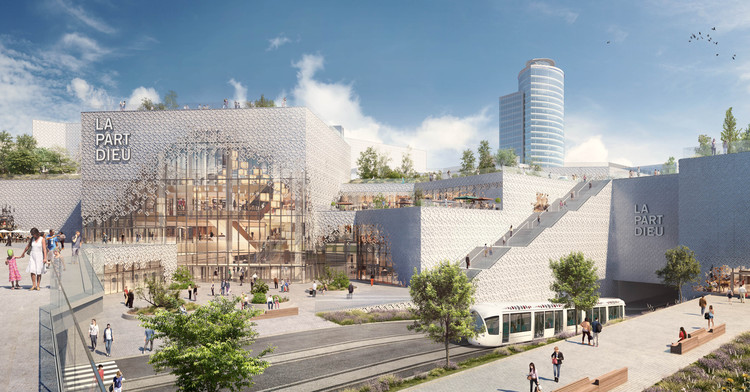 The design restructures each side of the mall to integrate with neighboring streets, whilst a vast green public roof garden offers peace from the bustling streets below, and views towards the city’s Basilica Fourvière. Through reorganization of the interior, and repurposing of an existing car park, MVRDV have added an extra 32,000 square meters of commercial and public space, hosting restaurants, parks, and a cinema.

With Lyon Part-Dieu, we draw this facade with big pixels which we hope will give a more human scale not just to the mall, but the whole site. In 2020, Lyon Part-Dieu will be both a place for everyday life and shopping, but also culture and relaxation in a reinvented setting. - Winy Maas, Co-Founder, MVRDV

Owing to a sophisticated phasing scheme, the shopping center will remain operational throughout the project. With construction now underway, alterations to Lyon Part-Dieu are expected to be completed by 2020. 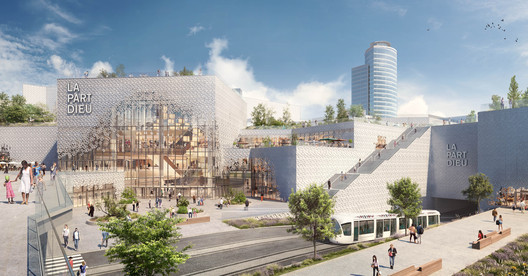