Danish architect Jan Gehl is a world renowned expert in all things related to urban design and public spaces. He obtained this expertise by publishing numerous books, and later, from his consulting firm Gehl Architects that he founded in Copenhagen, his hometown, to make cities for people. The firm celebrated its 50th anniversary in 2016.

During a recent visit to New York, Gehl gave a lecture at the Van Alen Institute, which takes a very similar approach to the importance of design in the quality of life of people. The architect discussed five tips that were published by Fast Co.Design and explained what he believes is the way to go about having livable, healthy, safe and sustainable cities.

The 5 points he mentioned are:

Climate change and public health are two factors that Jan Gehl says should be of utmost importance to planners, especially considering that "for 50 years, we made cities in such a way that people are almost forced to sit down all day in their cars, in their offices, or in their homes. This has led to serious situations health-wise."

What causes that? According to Gehl, it is cars and the availability of cheap gasoline that created the suburban construction period, but when gas starts to become more expensive, it’s no longer a good idea.

This line of thinking is reflected in a recent study published in The Lancet which found that those living in city centers have a longer life expectancy than those living in the outside areas because they walk more often over the course of their lives when making their daily commutes.

The research was conducted on 6,822 people from 14 cities in ten countries with participants who were between 18 and 66 years old. The studied noted, among other things, each person's ability to walk and their access to public transport and parks.

In 2009, the City of Copenhagen enacted "A Metropolis for People", a plant inspired by a theory from Gehl Architects that allowed for the design of a vision and goals for urban life in the Danish capital in 2015.

Thanks to that, we’re able to see that six years ago public figures in Copenhagen set out to make it the most livable city in the world, ie. a sustainable city in which, through their public spaces, people are invited to have a unique and diverse life.

To move towards this goal, the plan was structured in three main components: walking more, spending more time in public spaces and getting out of “private cocoons” more. As Gehl explained during his stay in New York, this made the city more exciting, interesting and safer, as well as promoted social inclusion.

To explain this point, Gehl uses Venice and Brasilia as examples, stating that if you want to have an experience where the senses are active and therefore, more pleasing, you should visit the former. However, if you don’t want something like that, go to the Brazilian capital city.

These examples show how people living there have lost the opportunity to enjoy their surroundings through their senses, since as Gehl says "we have broken all the rules to make automobiles happy."

In contrast, what cities should be doing is building around the body and senses of human beings to take advantage of our capabilities, so that people can enjoy their cities to their fullest potential.

Promoting equality in cities has become a mission in various parts of the world. We can achieve more equality if public transport becomes accessible, efficient, and a reasonable alternative to cars.

This way, people who live in the suburbs, because the land there is cheaper and more suited to their income, don’t need to spend so much of their budget on transportation, something that people who currently live in city centers don’t need to worry about.

According to Gehl, the car is not a smart way of getting around, especially in cities that have populations of 10 million or more, like in South America, Africa, and Asia.

In the latter region, Gehl uses Singapore as an example, by saying that it is a very small island, and as a result of the large number of cars there is almost no more free space on the streets, even when in a dense city it’s possible to get everywhere much faster either on foot or by bicycle.

He also argues that "it is no secret that the good days of the automobile are over." 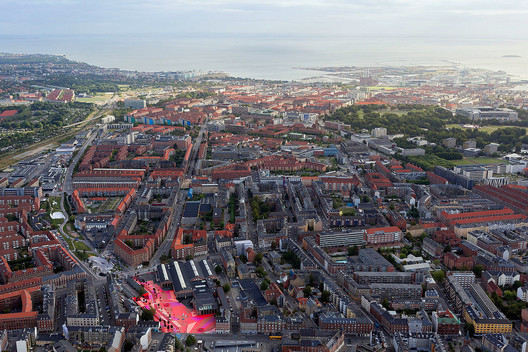