CANactions seeks to enhance the creation of places and communities in Ukraine where people love to live and work. CANactions integrates the most relevant world experience in the sphere of architecture and urbanism to educate and inspire responsibility active change makers. For this moment, CANactions is a member of Future Architecture Platform.

Since 2008, the International Architecture Festival CANactions has become the biggest educational event in the sphere of Architecture and Urbanism in Ukraine and neighboring countries.

2018 is the 11th time the Festival is about to be held. The topic of this year's festival is CONNECTIONS.

This article was originally published by Common Edge as "The Gehl Institute’s Toolkit for the Creation of Great Urban Spaces."

Jane Jacobs was arguably the most important “citizen” planner in the 20th century. If we were setting up a related category for credentialed planners, then the great Danish urbanist Jan Gehl might just top that list; inspired by the ideas of Jacobs, the architect and urban designer has spent nearly a half-century studying and writing about public space. He helped his home city of Copenhagen become a kind of model for walkable urbanism and has consulted for cities all over the world.

Two and a half years ago his firm, Gehl, launched a nonprofit arm, Gehl Institute, dedicated to public engagement, and the use and creation of public urban space as a tool of both economic development and political equity. Recently the institute published what it describes as “tools for measuring public space and public life, in the form of free, downloadable worksheets.” The toolkit is beautifully executed. Last week I talked to Shin-pei Tsay, executive director of the Gehl Institute, about the tools and what her group hopes to accomplish with them.

This article was originally published by Common Edge as "Jan Gehl on Why Tall Buildings Aren’t Necessarily Bad for Street Life."

Jan Gehl, the great Danish urbanist, has much in common with Jane Jacobs. For the better part of a half-century now, his focus has been on the development of people-oriented cities. The author of a number of books, including Life Between Buildings, Cities for People, Public Spaces—Public Life, and most recently, How to Study Public Life, Gehl and his colleagues have also served as consultants for the cities of Copenhagen, London, Melbourne, Sydney, New York and Moscow. Gehl Architects currently has offices in Copenhagen, New York and San Francisco. I spoke to Gehl about Jacobs, the folly of modernist city planning, and New York City’s durable urban form.

Danish architect Jan Gehl is a world renowned expert in all things related to urban design and public spaces. He obtained this expertise by publishing numerous books, and later, from his consulting firm Gehl Architects that he founded in Copenhagen, his hometown, to make cities for people. The firm celebrated its 50th anniversary in 2016.

As Gothenburg, Sweden's urban fabric begins to change, Utopia Arkitekter have swooped in with a proposed urban plan for the development of Hovås II, located in the south of the city. Their firm's proposal has won the jury's acclaim over Snøhetta and Gehl Architects and they are now moving toward the project's next phase. 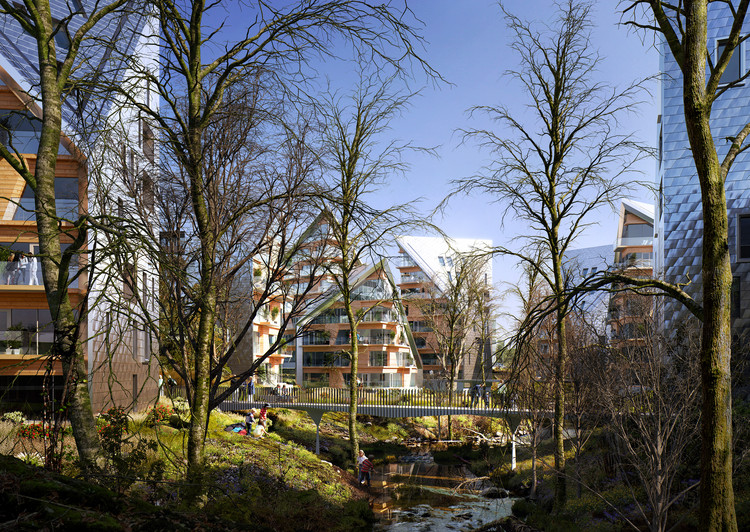 The Alvar Aalto Symposium gathers together top names in contemporary architecture. This year’s international figures include American architect Greg Lynn, one of the Symposium’s keynote speakers. In line with the theme of the event – DO! – speakers will be rolling up their sleeves and personally opening up about what architects and urban planners really do. The symposium will be held on 7–9 August 2015 in Jyväskylä, Finland.

Derived from 40 years of research by architect, professor and author Jan Gehl, The Human Scale takes a critical look at the way we build and use our cities. Assumptions about modernity are questioned, as director Andreas M. Dalsgaard urges the viewer to imagine what would happen when we put “people into the center of our equations”.