We are very happy to hear that Balkrishna Doshi has been chosen as this year’s Pritzker laureate. The timeless values that he represents personally and professionally, are exactly what needs to be globally acknowledged as architectural best practice.

At a time where architecture is being reduced to seductive building forms and photogenic facades that are air-dropped into diverse contexts, regardless of their complex local cultural or climatic context, where over-simplified computer-generated renderings and often frivolous play of forms are becoming the norm, I hope that the Pritzker committee’s decision will bring the attention back to architecture’s real capacity to facilitate and create environments that are human society-centric.

It is timely that there is recognition of a holistic understanding of the role of the architect, where the design of the built environment is seen as sensitive interventions that retain human scale in the man-made built landscape, despite technological advances, so that industrial and machine-scale infrastructure solutions do not take over our daily lives, at the cost of neighborhood and community, leading to social segregation, loneliness, and unhealthy day to day experiences.

Doshi’s body of works show that outstanding contemporary buildings can be expressions of deeper cultural values of a collective, that architecture is the synthesis of many complex concerns, and above all a backdrop for life to take place, where the architect is at the service of human society.

As an educator, and founder of CEPT, Doshi has inspired generations of students beyond the institution by having always welcomed students and practicing architects from the world over, to share experiences, collaborate and engage in the discussion of architecture, just as on a personal level his home has been equally open to all. Despite his success and fame, he has always been accessible and inclusive, and treated people regardless of age and experience at par.

He may be the eldest architect to have been honored with the Pritzker prize, but his spirit is probably the youngest. Those who have interacted with him will agree that his youth, curiosity and openness is inspirational. While architects all around me in India are rejoicing and celebrating him and the attention drawn to the universal values they see in him; I am glad that the global community will equally take the time to discover more about his work and legacy and perhaps rethink where contemporary architecture is headed. 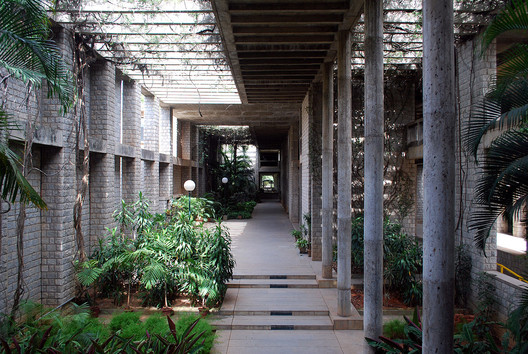