Read more
Save
The 10 Tallest Uncompleted Skyscrapers
Share
Or
Copy

We all know a little about the world's tallest buildings—those engineering feats which define their cities and become symbols of human achievement—but what of the buildings that never took their planned place in their respective skylines? In 2014, The Council on Tall Buildings and Urban Habitat (CTBUH) released a report listing the 20 tallest buildings that were never completed (an up-to-date list is also maintained on their website here). In order to be considered "never completed," all of the buildings in the report had begun site work, but construction was completely halted with no reports indicating it will continue. Read on to find out the top 10 tallest uncompleted buildings in 2018 after the break.

Set to be one of BIG's landmark projects, the 2 World Trade Center redesign that replaced Foster + Partners was planned to top out at 1,323 feet with a design that references it's unique location at the intersection of the Manhattan skyline and the streetscape of nearby TriBeCa. The project was put on hold in early 2016 when the two major tenants withdrew their plans to relocate—but according to a New York Post report, Silverstein and BIG may find their anchor tenant sooner rather than later, meaning this entry on the list may only be temporary.

Designed as a part of the Bin Manana Twin Towers complex, residential tower 1 was set to have 88 floors above ground reaching a height of 1,490 ft. The project began construction in 2008 but was halted in December of 2010.

Actually started in 1937, construction was halted during the framing phase due to the anticipation of World War II. The building was set to be topped with a statue of Vladimir Lenin, head of Soviet Russia from 1917-1924, which would have made it the world's tallest structure at the time.

The design for the "World Tower" included retail space at ground level, 74 floors of office space, topped by 27 floors intended as a hotel and serviced projects. Construction began in 2006 with an expected completion date in 2009 but was dogged heavily by delays in payment during the global financial crisis in 2008. No more activity was seen on the site after piling work for the foundation was stopped in 2009.

Halted in 2007 due to the discovery of interference with flight paths out of Doha International Airport, the tower's construction was initially postponed until the completion of Doha's new Hamed International Airport. But, with the new airport completed, the convention center was completed without the tower in 2015, and no signs of new construction have taken place since.

Calatrava's design for what would have been the tallest building in the United States was finally put to rest in 2014 after many financial problems. There have since been many proposals to reuse the original site.

Construction on this Foster + Partners tower finally began in 2006 after nearly 12 years of changes to the project site and design. The project was eventually halted in 2008 and later canceled altogether in 2009 after the fallout of the financial crisis in 2008.

Another Foster + Partners project, the India Tower began construction in 2010, but construction was put on hold in 2012 after a major dispute between project developers and the civic authorities of Mumbai. It was later canceled in 2015.

A casualty to extensive governmental regulations, the Sky City proposal—which was ambitiously proposed to be completed in just 90 days thanks to a hyper-efficient prefabrication method developed by developer Broad Sustainable Building—was halted in 2013 during pre-construction. Plans for the building's completion have stalled as of 2016, and present foundations for the building are currently being used as a fish farm.

Financial problems were ultimately the downfall of this 200-story proposal, set to begin construction in early 2009. Nakheel Financial Group was involved in the 2009 debt crisis in Dubai, and they finally had to cancel the project in late 2009 after pilings only began for the foundation. 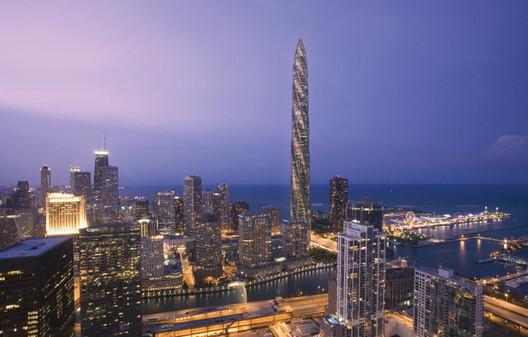