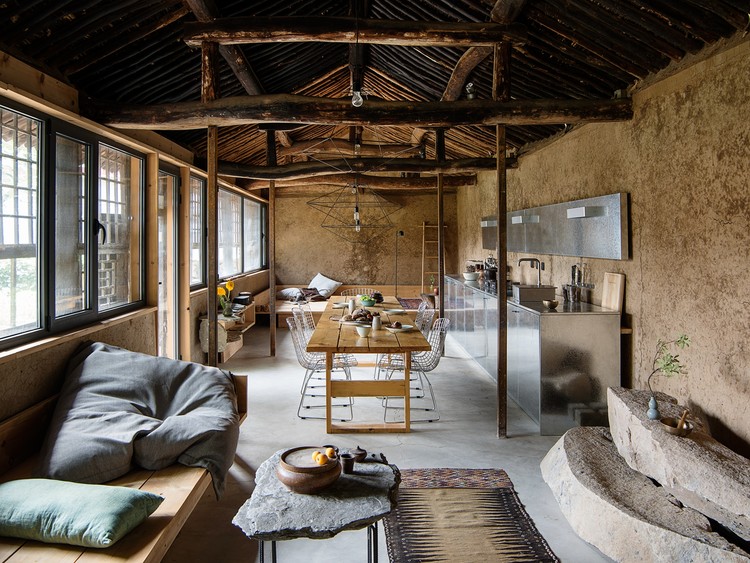 ‘Studio Cottage’ rediscovers the identity of a Beijing suburban village.

The Chinese countryside has been dominated by perceptions of rural depopulation. Local effort alone is not adequate to the task of addressing the multiple challenges of rural communities when their vitality has been compromised by the flight of people and jobs into large cities.

Given the close proximity of Beijing to its surrounding rural areas like Bo Hai Zhen, community revitalization has captured our imagination. We noticed that the majority of people of working age had left the village. The remaining inhabitants are mostly grandparents and grandchildren; their struggle to regain social sustainability in their way of living is one of the many challenges rural villages are facing. The project was driven by the intuition that a moderate gentrification could eventually lead to a modest prosperity for some of the remaining villagers.

However, developing rural areas, where economic development has lagged behind that of China's booming cities is may be less about preserving tradition and maybe more about reviving, because (tradition) it's not really present. Our intention was to refurbish an unoccupied dwelling, which some might argue was not worth preserving, in order to rediscover the identity it could bring about in the context of its village setting. With its collapsed perimeter walls and the overgrown grounds the neglected property had become a ‘white spot on the village map’ where vacancy is a symbol of depopulation.

The farmer who had originally built the house in the early seventies was a frequent visitor during the construction phase and we were happy to hear that he ‘approved’ of our interventions to the house being seemingly happy with the final outcome. 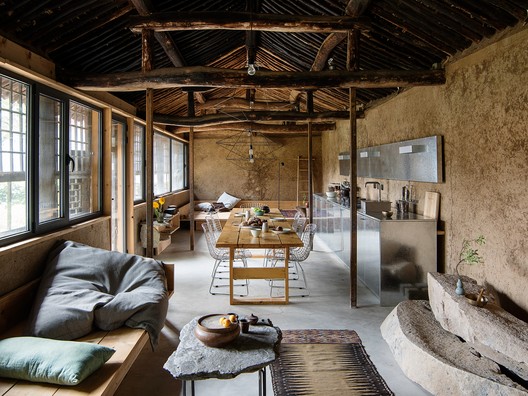