Japanese architect Kazuyo Sejima, co-founder of Tokyo-based SANAA, has been appointed as the newest member of the Pritzker Prize Jury.

Sejima, the 2010 Pritzker Prize co-laureate, will help to decide the recipient of the 2018 Prize, the 40th edition of what has become known as the architecture world’s most prestigious honor.

Commenting on her nomination, Tom Pritzker, Chairman of Hyatt Foundation, said, “During her acceptance speech of the 2010 Pritzker Prize, Ms. Sejima remarked, ‘…this award is not only in recognition of our past works but rather an encouragement toward new architectural creations.’ It is this credence, alongside her international background and experience, that makes her a welcomed addition to the Jury.”

“I am looking forward to working with my colleagues on the jury and supporting the mission of the Pritzker Prize,” remarked Sejima.

Sejima will join 8 other jury members for the award, including:

The Executive Director of the Pritzker Prize is Martha Thorne.

The 2018 Laureate will be announced in March with an official ceremony in Toronto, Canada to follow this spring. For its 40th anniversary, the Prize has launched a new website, PritzkerPrize.com, and an expanded social media presence. Check them out on Facebook, Twitter and Instagram. 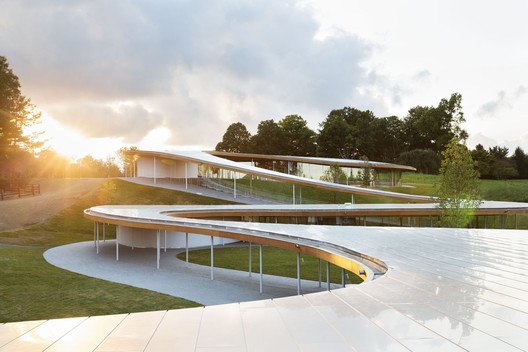