A mirror-clad shopping mall has been awarded the first prize for its innovative materiality and strong connection to the city in the “2017 Unbelievable Challenge” architectural design competition. “Unwrapped”, submitted by Ben Feicht, a recent graduate of the University of Oregon, was chosen as the winner out of the proposals from 22 different countries. Three other projects were awarded as runner-up.

Take a closer look at the winning design, after the break.

“Unwrapped” looked at enhancing the connection between the interior and the exterior of the shopping mall. The design utilized mirrors that allowed the inside to be visible to the outside and vice versa. The shopping mall became more than just an object in the site, it invited visitors in to explore city life in a new way.

The most crucial insight was to use mirrors that make the interior visible to the street and vice versa. This tied the mall to its surroundings, and made the stores inside a part of city life, attracting people to explore the inside of the building, said the jury.

As the winner, Ben will be awarded €1,000 and a 10-week, full-paid internship at Snohetta’s headquarter office in Oslo, Norway. 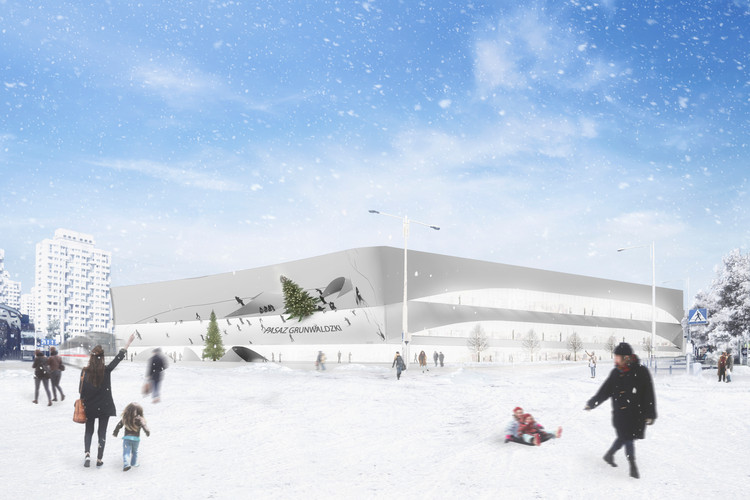 More information, regarding the challenge and winning entries, can be found here.