Trained in Architecture, Urban Design, and Theory, Alina Sonea illustrates the complex and often paradoxical nature of the cities we inhabit. The Feldkirch-based artist and architect has, since 2013, completed a series of detailed illustrations that employ graphic yet delicate black lines to render dense images of fantastical metropolises. 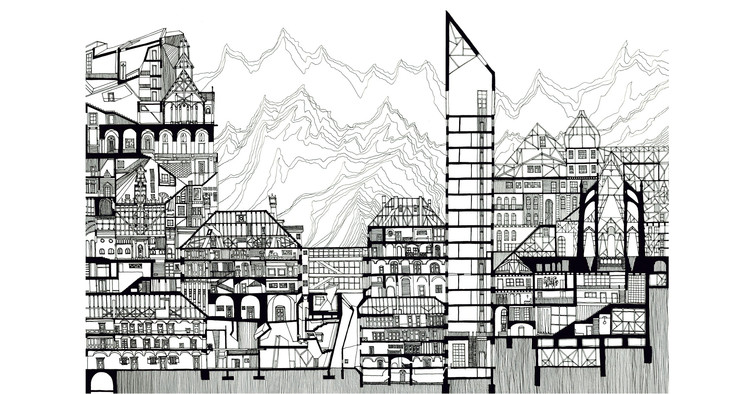 Sonea uses the urban density and textures of the cities she draws to tell specific stories about the development of architecture. In “The Historic City,” she creates a tiered landscape of elevations from such notable structures as Etienne-Louis Boullée’s Cenotaph for Isaac Newton and Zaha Hadid’s Heydar Aliyev Center woven into a city-scape of historic monuments.

The meticulously drawn “Density" juxtaposes the floor plans of a Gothic cathedral with modern housing and more to create a catalog of architectural patterns that compose the world’s urban fabric while “Illusions” presents the city as a labyrinthine axonometric of skyscrapers. However, these whimsical images are only the beginning of Sonea’s exploration of geometry, art, texture, urban planning, scale, and the human body.

“I want to create a catalog of repeating patterns defining our material world,” she explains. “My reflections brought me to the realization that architecture is the most complete art of all.” 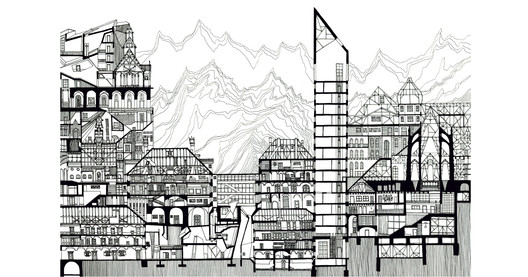