Text description provided by the architects. Residential tower 'De Verkenner' in Utrecht (NL) gives a big impetus to the development of the typical post-war reconstruction district Kanaleneiland. The 50-metre-tall building, with a mixed programme of housing, acts as a gatekeeper to this area. The 'slow-made' concrete facade with an incorporated poetry artwork gives a unique identity to the building.

‘Slow made’ facade gives De Verkenner identity
The design for the facade responds to the concrete gallery-access blocks of flats in Kanaleneiland. In contrast to the horizontal articulation of these facades, the exterior of De Verkenner is predominantly vertical in design. Owing to the high noise levels on Churchilllaan, the facade here is closed in character, but the number of openings increases towards the top. The facade is ‘slow made’ with consciousness regarding local materials and production techniques. The colour harmonizes with the brickwork facades of the new developments on Churchilllaan, but it is constructed of concrete.

The brown concrete elements, each two floors tall, feature a surface texture and relief details. This effect is enhanced by the incorporation of 13,000 ceramic tiles, made by Royal Tichelaar Makkum -the oldest company in the Netherlands and world-famous for its ceramics designs. Based on a design by visual artist Milou van Ham in collaboration with poet Tsead Bruinja, these tiles feature 16 different lines of poetry that lend the building an identity specific to the location. Scant attention is usually paid in Kanaleneiland to the finishing of the undersides of balconies and galleries, elements that are clearly visible to passers-by. Mei architects and planners, therefore, extended the facade finish beneath the balconies and galleries. The result is a very inviting building. By contracting the facade separately, Mei succeeded in realizing this unique facade.

Sunny appearance
On the sunny and noise-free southern side, the building is ‘hollowed out’, so to speak. As many dwellings as possible on this side contain an outdoor space. To allow for optimal daylight penetration, the balconies here are made of ultra-strong concrete just 7 cm thick. From the balconies, some of which cantilever three metres, residents enjoy a wonderful view of Utrecht and surroundings. A huge opening on the tenth floor frames this fantastic view. The materials applied to the inner facade planes contrast starkly with the outer facades, enhancing the plasticity of the building. Railings in yellow glass and champagne-coloured frames mean that, even when the weather isn’t great, De Verkenner still has a sunny and sparkling appearance that radiates throughout the neighbourhood.

Roses & Concrete Artwork
As an architecture office, Mei supports the inclusion of art in buildings. For the art project ‘Roses & Concrete’ at De Verkenner – 13,000 ceramic tiles with lines of poetry in the facade – Mei, therefore, commissioned visual artist Milou van Ham. She had previously added a layer to the ‘4 Worlds’ residential building by Mei in Spijkenisse. Here she incorporated hundreds of words that convey the identity of Spijkenisse in the facade and balcony elements. For De Verkenner, Milou worked with poet Tsead Bruinja. The 16 lines of poetry form a poetic reflection on friendships and relations.

These mini-stories concern ordinary events and real people. They deal with living together in a house, a building, a neighbourhood or a city in the past, present and future. The ceramic tiles are inserted into the facade elements randomly. As a result, the way you read the lines and connect them to one another is different to a poem where the sequence is fixed. In passing, you can read the lines in isolation, separately from the other tiles. Together they form a varied and exciting composition. Since Dutch politics has restricted project development by housing corporations, De Verkenner is for the present the last construction project with private housing for corporation Mitros. Client Mitros is particularly pleased: it is a wonderful building and all dwellings were rented before completion. 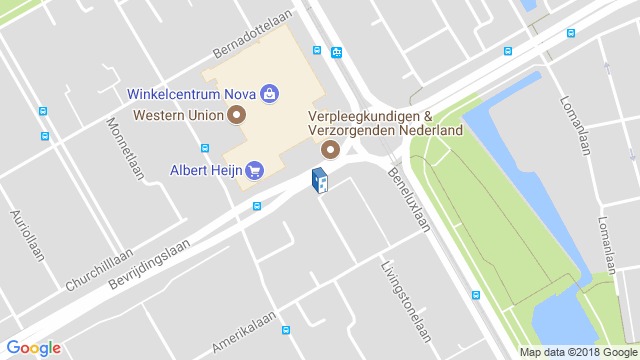 Location to be used only as a reference. It could indicate city/country but not exact address.
Share
Or
Copy
About this office
Mei architects and planners
Office
•••