There are different methods for estimating how green a city is. We can count the parks, add up all green areas, quantify only the forested areas, specify the number of trees planted, and more recently, according to this new, we can now analyze inhabitants perspective. A team of researchers led by Newsha Ghaeli, at MIT's Senseable City Lab has developed a method to find out how green an urban space is from the perspective of pedestrians.

Images taken from Google Street View are processed by an algorithm that estimates the percentage of each image that corresponds to trees and other types of vegetation. "It is important to understand the number of trees and treetops that cover the streets, as this is what we perceive in cities," Ghaeli said.

Check out below the top 10 greenest cities according to the algorithm.

Titled Treepedia, the study generates vegetation maps that present levels of "foliage" for each location. These are combined to result in the Green View Index (GVI), an index that determines how green the urban space is from the perspective of those who walk the streets.

Among all the cities analyzed until now, Singapore leads the list with a GVI of 29.3%, followed closely by Sydney and Vancouver. On the other side of the spectrum, Paris is the grayest city, with a GVI of only 8.8%.

Lack of vegetation in urban centers is often associated with health problems and high levels of stress among citizens. In this sense, Ghaeli's research may offer interesting data to understand urban problems related to public health and the well-being of people in cities.

See the list of the ten greenest cities according to the Senseable City Lab study: 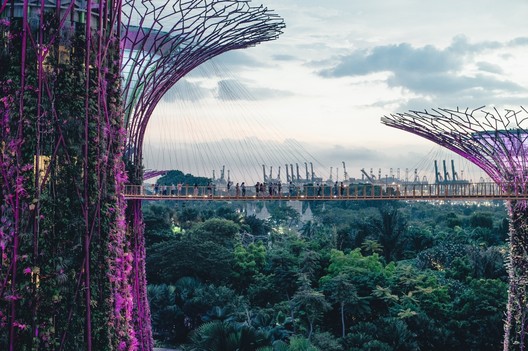