Read more
Save
Lijiang Back and Forward Boutique Hotel / NTYPE 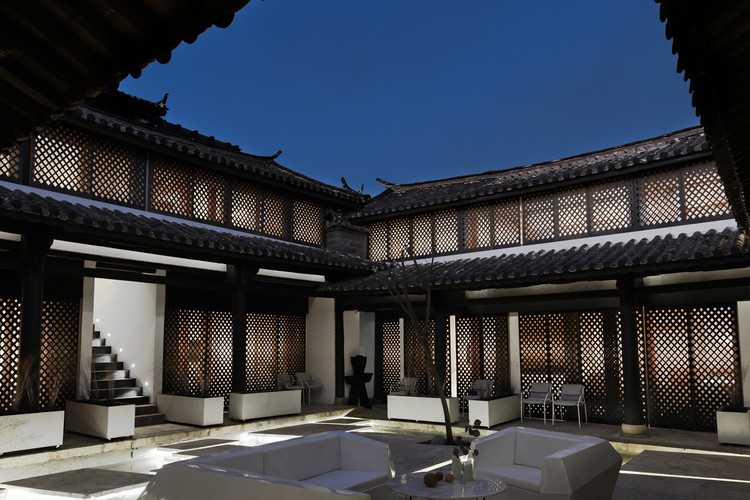 Text description provided by the architects. The hotel is located in Lijiang ancient town, Yunnan province China. The building is under protection of Lijiang heritage due to its old and particular wood structure, but for a few times along the history the building had been renovated with interventions transforming its original layout and configurations.

One of the main aims of the design is to bring back as much as possible the original layout, which initially was organized by a central yard with four others, making it a typical 5 courtyard house, however due to the previous renovation and alterations it was reduced to only 2 yards.

All the original wood structures got kept as well as the only original façade screen doors in the lobby and in the restaurant. Other façades are required to be wood screens too so a new design of wood screens is created with opening  geometry resembling the traditional, and especially the most valuable - the so called multilayer screen, with its superimposed layers of wood creating a three dimensional sense. In the new design although the screens are single layer sliding doors, once being open or close they create a modern and dynamic version of the traditional multilayer screens, also casting elegant sun light and shadows into the rooms, and the inverse effect during the night from the interior light.

The façade is with dark color to be as similar as possible to the ancient houses in Lijiang, while the interior wood is in natural color to give the users a warm feeling. Besides wood, other natural materials such as marble and mud are used in the interior, and some of the rooms have wood frame patterns to echo the façade design.

The other challenge for design was to achieve a balance among the quantity of the required rooms, the comfort of a modern boutique hotel, the fixed ancient wood structures and space. The design result is that the layout of all 11 rooms is all different, making each one of them a unique experience, some having bathtubs with special views, others with outdoor seats under traditional roofs facing waterscape, some can be open towards its own private yard with protected old bamboo…

Regarding the design of the public areas, as most of the rooms are located in the front part of the hotel, a central circulation surrounded by water scape is created to release the corridor space under the roofs to be outdoor sitting areas of each room – a transition between interior and exterior, in the meantime more privacy is provided for the rooms. A local light color monochromatic stone is used on the exterior floor, reminding people of the snow mountains nearby, together with the water helping to bring the sun light into the ground floor rooms.

In the back side of the hotel, there are a few protected trees which are all kept, the new plants and landscape design is integrated to emphasize the protected trees. 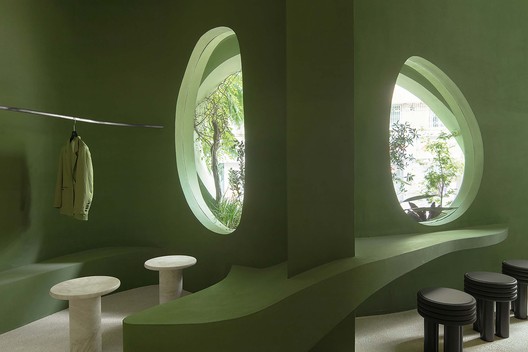 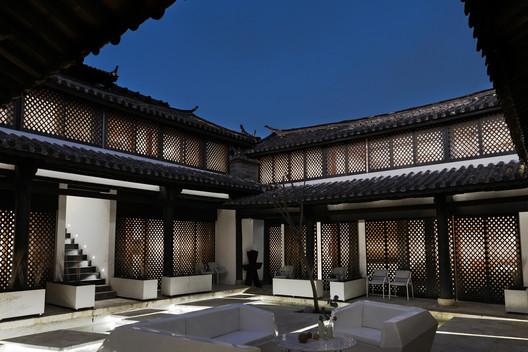