Save
University of Mannheim’s Research and Teaching Building / wulf architekten 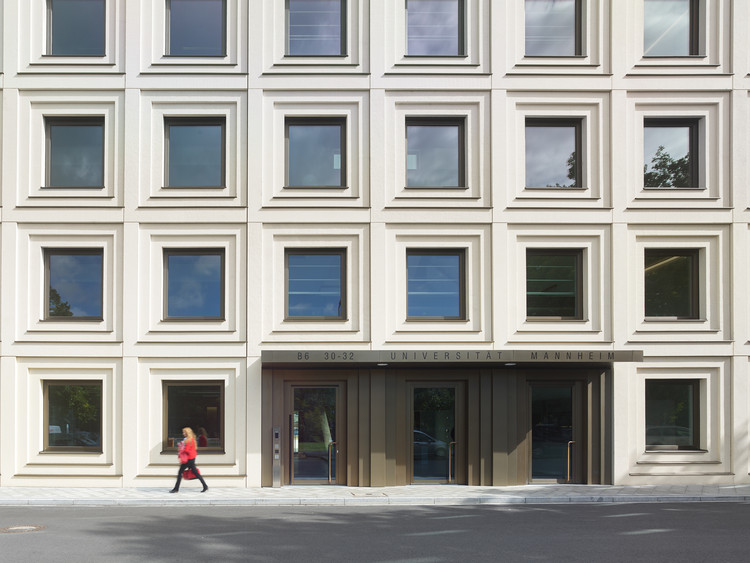 Text description provided by the architects. The new construction of the research and teaching building is located on the city square B6 in the centre of Mannheim. The angular form of the house is derived from the restoration of the strict block structure, which is the landmark in the city of Mannheim. The main access points have an important urban integration: The main entrance to the new building is located on the street. The entrance area though is designed as a passage to the interior of the block, so that an equal access results also from there. While the block edge is formed by a relatively narrow building structure, the components oriented towards the block interior get a greater building depth in order to arrange special uses such as seminar rooms and group work rooms.

As an appropriate attitude towards the historically shaped environment with the baroque Jesuit church and the baroque palace Mannheim the façade has a subtly-clear and calm look. It consists of a modular assembled square structure coloured light beige, sandblasted concrete elements that repeatedly frame the almost square windows as a creative fundamental theme. The horizontal shadows on the upper window surround caused by the sunlight correspond with the two horizontal, dark anodised aluminium window sill plates on the lower window surround. Therefore, the effect of the plastically recessed, homogeneous façade relief is enhanced. Its clear presence in urban space underlines the public character of the research and teaching building.

The interior spaces of the new building consist mainly of flexibly usable seminar and office areas, student workplaces as well as spacious communication areas, which are crucial for the stimulating atmosphere of learning and research. In order to provide the seminar areas with as much daylight as possible, additional airspaces were provided, which make the openness and spatial generosity of the floor plan tangible. Vertical visual connections across the floors link the student workplaces.

In line with the doors, the built-in closets of the office and seminar rooms were made of oak wood. While a dark grey linoleum floor has been laid throughout these areas, light grey cement tiles are found in the central, large staircase, which are designed with a geometric pattern. The spaciously designed, three-flight staircase refers back to the well-known, baroque presentation of the stairways.

The research and teaching building is the first of several construction phases that redefine the city square B6. Due to the planned urban reorganisation of the A5 square, exists now the opportunity to develop a special campus atmosphere on the outskirts of the city grid in the surroundings of the castle and the astronomical observatory as "free space for excellent research". 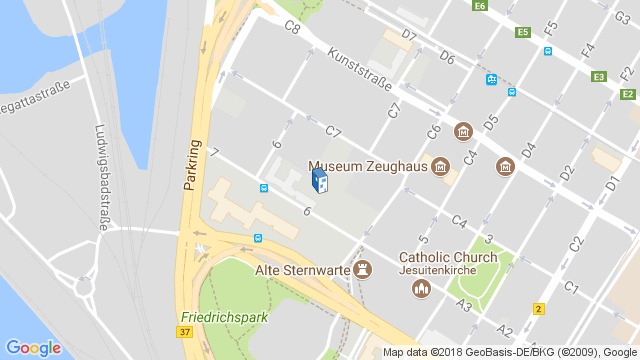 Location to be used only as a reference. It could indicate city/country but not exact address.
Share
Or
Copy
About this office
wulf architekten
Office
•••