BIG has unveiled an updated vision for the new Campus Master Plan for the Smithsonian Institution in Washington, D.C., after taking into account over 3 years of community input and collaboration with the storied museum and research institution. The revised proposal pays particular attention to the preservation of unique character of the Enid A. Haupt Garden while still addressing the existing and future needs of the Smithsonian at one of the nation’s most historically significant sites. 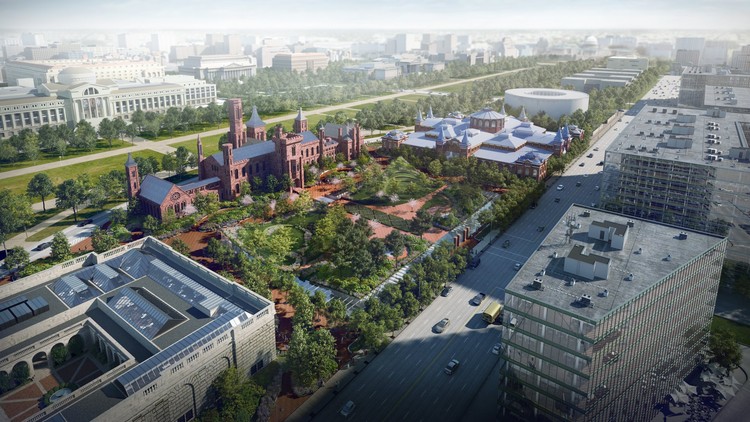 Founding partner Bjarke Ingels revealed the updated plan to members of the Commission of Fine Arts (CFA) along with local leaders and residents, sharing in detail how the public feedback had resulted in the evolution of the $2 billion South Mall Campus restoration and revitalization plan.

“Since our last proposal, we’ve been listening very closely to the public. We wanted the general feeling and fondness for the Haupt Garden to remain the same while also increasing its enjoyment and use, offering educational elements and after hour programs,” said Ingels.

“We also want to make more accessible some of the hidden treasures underneath the Haupt Garden – the National Museum of African Art and the Sackler Gallery – which are so well hidden that they’re under-enjoyed compared to the value they represent. If we can make them more accessible, more people might be tempted to explore.”

Located between 7th and 12th Streets along Independence Avenue SW on the National Mall, the site includes the Smithsonian Institution Building (known as the Castle), the Arts and Industries Building, the Freer Gallery, the Hirshhorn Museum and Sculpture Garden, and the largely underground Quadrangle Building, which is home to the National Museum of African Art, the Sackler Gallery of Art and the S. Dillon Ripley Center.

BIG’s Master Plan will expand the Visitor Center and add a new Education Space beneath the garden, with access provided by peeling the edges of the landscape up. These design moves will also create clear connections between spaces and allow natural light to reach subterranean spaces. The plan will also reconfigure the entrance pavilions of the African Art Museum and the Sackler Gallery to increase their visibility. Other changes include updating mechanical systems and adding structural reinforcements to the Castle to protect against seismic activity.

Several architects and community members provided public reactions to the revised plan, noting that while many of the previous concerns have been addressed, some additional work will still be need to done to ensure the project best suits the needs of all involved parties and the public.

“I got the impression that BIG finds itself between conflicting interests which remain to be reconciled,” commented Pascal D. Pittman, AIA, Director of Quality Assurance at the engineering firm Setty & Associates. “I thought the presentation, based on the parameters that BIG described, provided for a very elegant solution.”

Robert Young, AIA, Associate Principal at Grimshaw and long-time DC resident and architect, added, “[the Smithsonian’s founding donor] James Smithson's call for ‘an establishment for the increase and diffusion of knowledge among men’ is noble and grand, yet, like our beloved Mall, has not been able to fulfill its goals as it - and the population it serves - continually grows and changes.

As the great facilities of the Smithsonian have fallen into disrepair or reach the end of their expected lives, and the great possibilities of the ‘Mall to Museum’ connection have frayed, it is the visionary response by the Smithsonian leadership and BIG that will allow a continued dialogue between our fundamental rights as citizens and our aspirations as humans. The work of BIG is bold, expressive, and often radically new: yet those characteristics are supported by thoughtful research, sympathetic engagement and conceptual synthesis.”

The project will be carried out over several phases, with the first stage of the plan, the renovation of the Castle, anticipated to begin in 2021.

Additional images can be found here.

Nearly a year-and-a-half since the announcement of their selection, BIG has unveiled plans for a massive, 20-year-long overhaul for the Smithsonian's southern campus in the center of Washington DC. 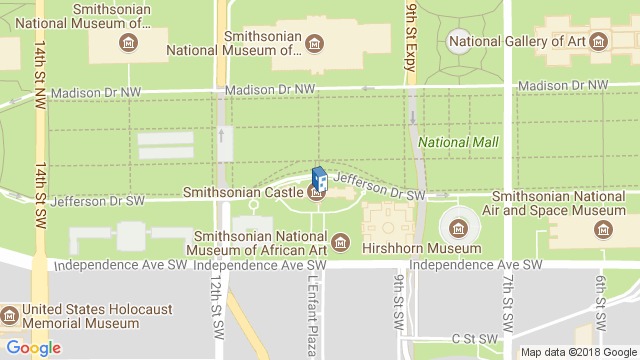 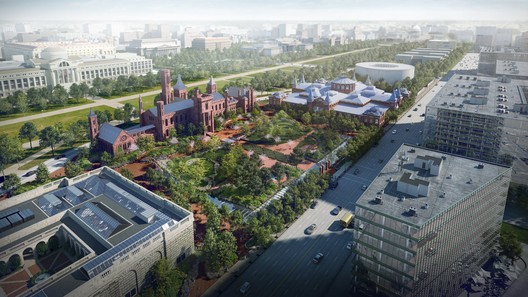